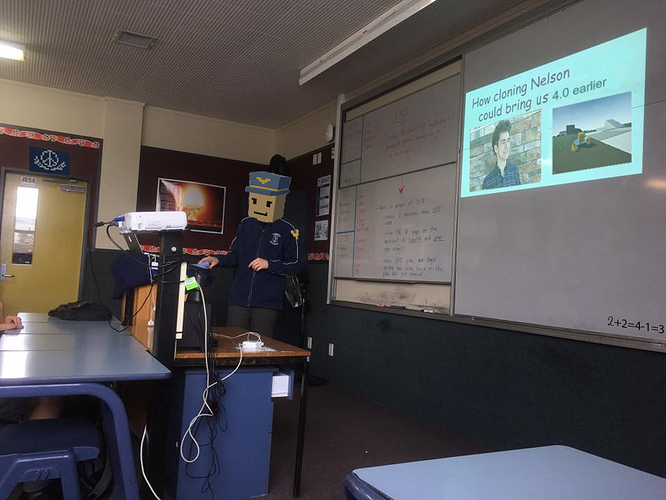 Is that Captain Sydney on a man’s body?

Yes, captain sydney is a mAn

Also, what do you expected within the zombie apocalypse?

I expected a better projector. Like, she could at least could’ve moved it to the back of the room and put it on the ceiling. Maybe use that projector screen that seems to be directly above the whiteboard.

No wonder the Coalition was driven out of Germany. They couldn’t train their people properly because they had to limit the class sizes to one.

Ok you got me there.

I’ll tell Mr. Thomas to punish him with such failure

The projector is actually decent, it’s the fact that it’s sitting like 2 meters away from the wall.

Wait that actually is a bad projector

the shittiest of projectors, lets be blunt here

Well, your hair disappears when you wear a hat, so probably he is a “she.”

Molton is referring to the fact that Captain Sydney’s head is put onto what appears to be a man’s body.

We already know Captain Sydney is a female.

And that’s exactly what i mean. Captain sydney’s head is put onto a girl’s body because

Well, your hair disappears when you wear a hat, so probably he is a “she.”

I think you’re purposefully misreading stuff at this point. 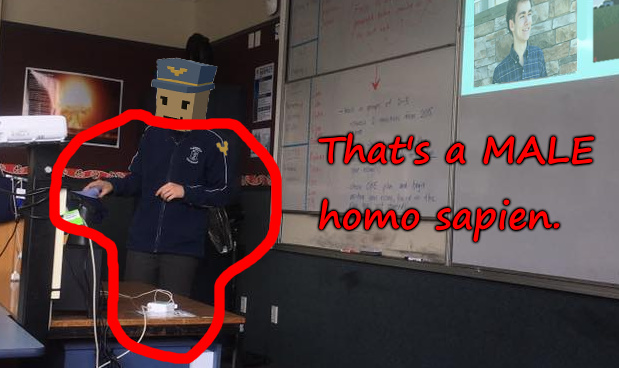 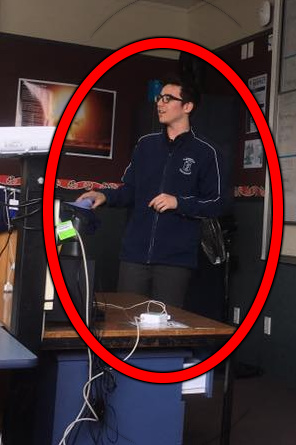 but that’s besides the point

Ah. Should’ve seen the original photo first. I tried to make a joke myself.
Edit: And no, I didn’t misread it.

Man goddangit. Fine, I’ll prove you nuts that captain sydney is a mAn

I cant tell if you think sydney is a boy or if your proving someone wrong.

Captain Sydney is a man?

how to prevent bad memes from being seen:

step 1: dont bloody respond to them, responding bumps them back up to the front page