I want this text file off my Desktop so here’s ya’ bloody post.

Unturned 3 need that consistency, especially with names. Mostly just with names. But hey, whatever, let’s go.

Modz2much needs to get with the program… and rename stuff. Maybe some other things, but come on. Consistency. And typos. Lots, and lots of typos.

I have more name complaints. Mostly military stuff, like, why do the olive and dark military sets (Russia and Germany) not have a prefix like the “Desert,” “Forest,” and “Arctic” sets do? Why doesn’t every military set drop that color-ish prefix? Ghillie Nettings don’t even use color prefixes.

I can make a pretty good guess that you didn’t add one to begin with because of the White Hat and probably the fact there’s (basically) more berets than anything else in the game, but do it. It’s for a good cause.

Okay, this isn’t just a consistency check. I’m a liar.

Let’s make spawning great again, and this 100% goes as a suggestion for Unturned II too. Spawning in, including respawning, should fade in from black. You know, like when you’re in an artificially dark place like St. Petersburg’s metro and then you teleport to the surface and it takes a solid second for the blackness to fade away? That. I was going to make a video demonstration, it’s been on my to-do list, but you can easily imagine this.

Ever drive a bicycle in Unturned? It’s, like, the only vehicle with literally zero driving audio unless you ding your bell every 2 seconds. That silence gave me a lot of time to reflect on there’s no audio for driving over terrain. This is fine, really, but bicycles are literally silent so they might as well just be counted as feet and make the sounds.

Hey, you ever look at trees? 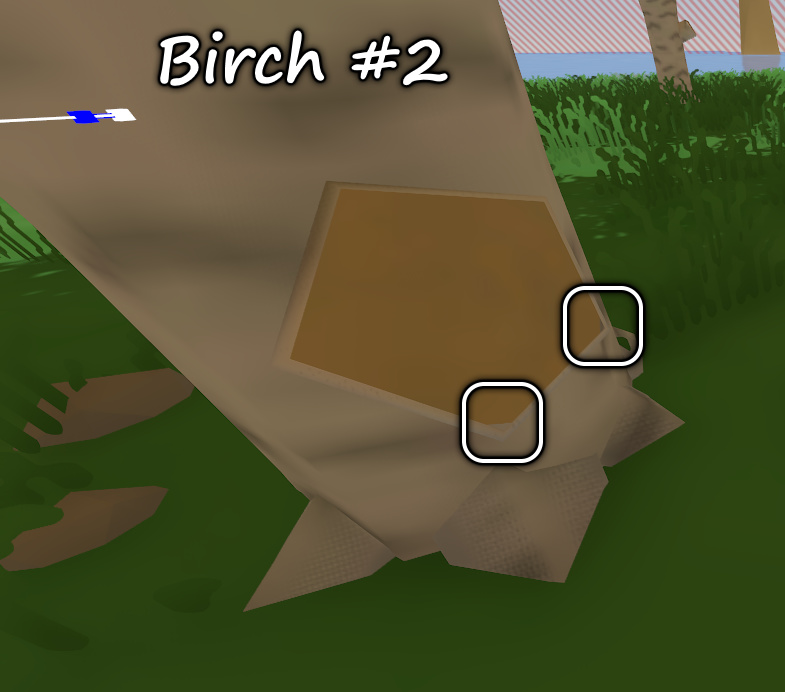 Speaking of Modz2much, even though sharks and proper gliders are probably out of the question, tell them that I find the umbrella animations to be better than no animations when using gliders. Thanks.

Okay so in Russia there’s this unlisted compound in the deadzone. Some posts call it a Coalition base, but there’s like… no Coalition there and no storyline there. At all. Like, nothing. Making it a proper Coalition compound by throwing in some of Germany’s assets and loot would probably make it more useful than it is currently anyways, don’t even need a quest for it unless you add like an actual door that requires a keycard or something to enter before you get your infinite Scalars and such that would totally make doing quests for the Coalition for the same loot redundant. It’d be cool though. Fulfill the requests of adding a new gun or car or whatever. Add an official Coalition Auto Gyro that’s better than the Fighter Jet there. Officially add in the Lockdown, but make it blue. Good stuff. We really just need this as a good Desert Falcon spawn to flock to, to be honest. Add in some lore about how the Russian government was getting all cozy with the Coalition, then tried to nuke themselves and how the Coalition evidently has just 100% murdered every government official because literally none remain, not even on the Oil Rig they went to instead.

In fact there’s probably some pretty big lore contradictions if the Coalition is based there, but that’s fine. Just add a blinking red light instead, throw in a note, and everyone’s happy.

PS: I’d complain about the different military shirts having different pockets, but that’s fine. If Russia is the only one (and Germany I guess) to want that extra pocket, then I’ll respect every other nation’s decision to be lesser in the pocket war.

The reasons we love Molt

Sexton is a silly name

Okay so in Russia there’s this unlisted compound in the deadzone. Some posts call it a Coalition base,

Is this the bunker? Or was something new added to the deadzone. Anyways, I’m pretty sure if it’s the bunker it’s just supposed to be a milita

I mean you have to realize, that Nelson admitted to slapping assets and items together quite rapidly, meaning that these items you have listed have gone unchecked because of this.

Call me stupid but I was never aware this existed. And yet somehow I caught the Orthus…

It’s the bunker with militia spawns, except it was being to as Coalition by Nelson in some post at some point (iirc still before the Coalition was in the game to begin with).

Correct me if I’m wrong, but he did not ever say that there will be a Coalition “bunker”. He might have been refeering to the aircraft carrier as the “Coalition base” in his Reddit post and that might be where the rumour started.

One of my favourite locations on the next map is a Coalition base, and I’ve been thinking a lot about having Coalition aircraft carriers sail to each map with non-combat NPCs.