Unturned has been released on consoles, developed with CradleGames and published by 505 Games! You can purchase the console port through the Xbox and Playstation online stores. View the launch trailer below. The game is only available as a digital copy.

505 Games maintains FAQs for games and ports published through them. There’s also already a bunch of content creators streaming or making videos on the console ports. 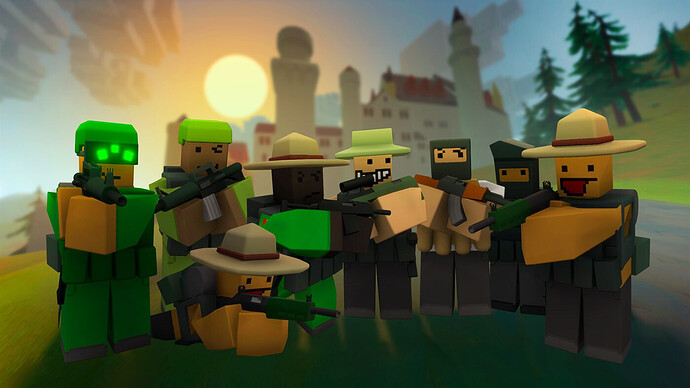 Someone’s going to make a /v/ thread on how shit the console edition looks.

I doubt it, unless that someone is going to be (you)

how shit the console edition looks

that is true the console edition is indeed very shitty

and so you’d think

you know this is my final comment about it but

i really wish the trailer was actually decent

besides that
i dont think its not that bad, besides some odd graphical changes.
also

Yes, the secret project was the console edition.

Was that also the conference where we found a picture of you in a plaid shirt, and your hands in the air?

Yeah i’d totally buy it on Switch just because.

Xbox one x the problem with offline mode … the progress is not saved … I go to the main menu … I close the game … restarting the progress asked for the base there is no level too … in beta it was like that too, but then we corrected it … and forgotten on the day of launch

I’ve added the PS4 store link – it should be showing up for everyone now.

Troubleshooting and similar for console issues can be reported directly to 505 Games Support.

Well I wonder what console maps they’re going to add. A few ideas.

Wow the trailer made me crazy exited about the game.

Did they intentionally make it look bad? It would have taken a slight, miniscule bit more effort to make the faces, logos, UI, etc look different than to just leave them as they look in the PC version. If things were branded exactly like the PC version then people would probably be more interested in it. Because of the design choices in the marketing material, console gamers who’ve never heard of Unturned while browsing through games will see the trailer and be like “haha this looks shit” and not look any further. It’s like they intentionally designed the trailer and promotional material to make people avoid the game. If they didn’t make any of the changes they did then the console version would probably be a bit more popular. I have no idea why they did that. I could do a much better job marketing this game and I don’t know anything about marketing whatsoever

Plus it’s $25 and the only reason Unturned ever got popular at all on PC was because it’s free. If it cost $25 on PC then nobody would buy it and it would not have built any sort of fanbase. The people in charge of the console port clearly have no idea what they’re doing.