@MoltonMontro Made a great post about on purchase in Unturned II, if the game should be paid, if there should be cosmetics etc, any way I will leave the link of the post here.

Steam Economy, Micro-transactions, and a Paid Game U4 Discussion

This post was originally planned to be a reply to one of the more recent “Steam Economy” discussion threads. It became too long for that, so it is now in its own topic. In order for a free-to-play game to be sustainable, there has to be some sort of revenue flow. This post analyzes the discussion from a majority of the previous threads like itself, and will attempt to get updated opinions and discussion on how the game should be financially viable. I know that it’s easy to just answer in po…

Seeing the polls most people who voted on the cosmetics part want them in unturned II, and also many do not want as it can affect the gameplay, Nelson himself at devlog # 008 said he did not plan to include cosmetics in Unturned II but add cosmetics would be a good source of income from the game.

In this post I intend to discuss and suggest how cosmetics should be included.

1-Prints for clothers:In the game we can paint clothes, customize, and if we could stamp ?, I think Nelson could create a store in the game where they could buy cosmetics of this style, prints would be things that you buy and choose what to wear, so any clothes that you find will have this stamp. 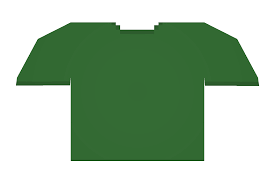 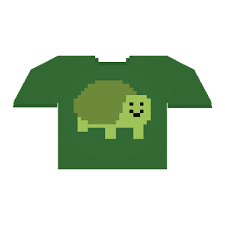 Types of animation to reload the weapon.:In devlog #23 in minute 1:36

we see Nelson reloading the sniper rifle in a comic way, this probably will not be the animation included in the game, but what if types of animations to take out and reload to different guns?, would not affect the gameplay and would be a lot of fun,everything on sale at the store for reasonable prices.

Any further suggestions? please write below!

So basically stickers from CS:GO that can be applied to items? Interesting.

If people really want unobtrusive cosmetics but still want to be able to personalize things, stickers would be a nod in the right direction.

I’d pay for a Benson sticker

Even just different camo prints would be cool.
I’d personally love a system like the Minecraft Flans mod, where you can place the gun into the box and give the gun a camo/carbon print. There are things like red camo, and more practically; forest and desert camo. If that’s the extent of gun customization we get for UII, I’ll be happy.

I think that should be a gameplay thing, rather than something you can purchase like a skin. It contributes to gameplay and actually helps you to blend into the environment.
Leaves and mud and things like that to put on your gun could be cool too.

@stuttgart_flugart The issue here is something that does not affect the gameplay, just cosmetics to generate income for Nelson

There will be official servers and probably some other DLC (similar to unturned gold) that will generate enough income I reckon.

Cosmetics in Unturned II U4 Discussion

I think that should be a gameplay thing, rather than something you can purchase like a skin. It contributes to gameplay and actually helps you to blend into the environment. Leaves and mud and things like that to put on your gun could be cool too.

and Painting items will be added directly as mechanics in the game.

I think that when horde, arena and other non-survival gamemodes are added skins and cosmetics should get added, but be only usable in those gamemodes, meaning that the survival aspect stays unaffected.

TBH I would prefer skins are allowed in survival, but only skins that kinda fit the theme, and when you pick up a gun for the first time a random skin you have will be applied, or no skin at all. Making it more immersive.

I think that when horde, arena and other non-survival gamemodes are added skins and cosmetics should get added, but be only usable in those gamemodes, meaning that the survival aspect stays unaffected.

This is something I’ve considered, but with survival being the core game mode it feels a bit weird to enforce it like that. I’ve come up with a few other ideas as to how it should be managed, but I just haven’t cleaned them up enough to post them.

What I mean is if you have a skin, you would find it already on a gun.

Making it seem like a previous survivor customized his gun.

(BTW, I’m against mythical and unrealistic gun skins. I more of mean skins that are stickers in the gun, or some paint or carvings, ect ect. )