Could we have a cleaner UI & hud for Unturned 2?

I noticed while scrolling through youtube one day that Xbox Unturned players have a cleaner UI, a easy access Inventory, & a better Hud then PC does. Can we get that for PC players in the Future?? 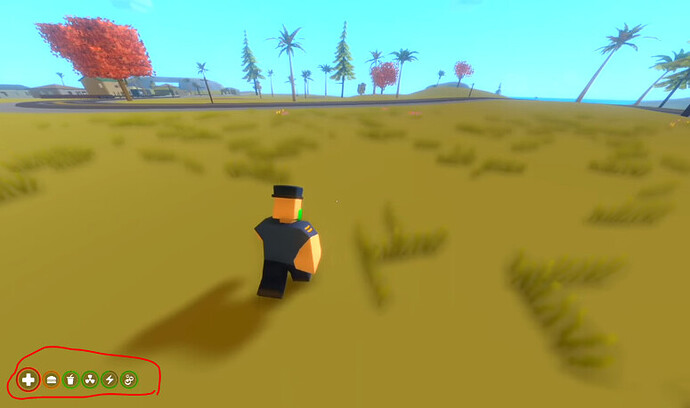 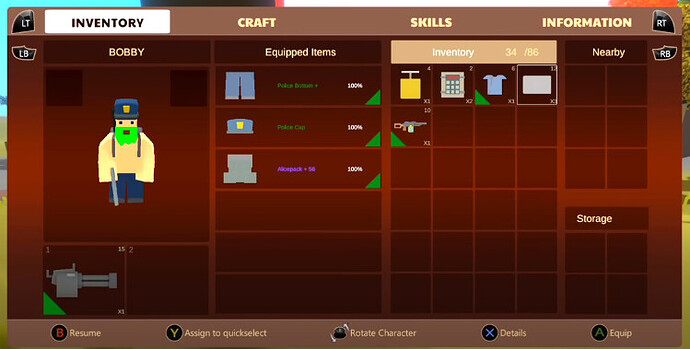 With the years I’ve really grown to like the HUD in UI, more customization wouldn’t hurt in the future. But I’d rather see Nelson keep it ‘‘simple’’ and not too overloaded.

Simple is better. this is just cleaner. To be honest I like the Bar UI but I don’t like the Background to the UI. Also I kind of wish for the Option to move the bars for the UI anywhere on your screen, Something along the lines of Customization to the UI.

when the UI looks nice as it was obviously optimised for the inferior maneuvrability of a controller, I noticed that the “quipped items” bar takes space away from the inventory, while on the pic it isn’t as issue as inventory seems to work like the old days(one slot=1 item whatever that item is) but with 3.0’s system of assigning different sizes to objects it feels like our current UI is a bit better for PC(as a negev will obviously not slot in 1 slot and it might end up creating these “endless” scrolling fests to find items), tho I would agree that some polishing or customisation aspect would be quite nice. Tho I wonder, if a “fused” inventory(aka, all inventory slots are in one big block and not separated by clothing type) would be better than the system we have right now?

Hmmm… Maybe best of both worlds? Plus with customization of the UI would look perfect in theory I feel. A Quick access inventory with the current inventory for organization. And then just have to control bind to Shift-G for quick switching of inventory mode of access.

The inventory looks bad, I do like the minimalistic HUD tho. 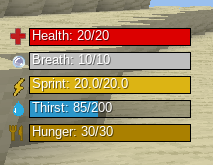 Something like this but Small in the left corner would be perfect. Btw this is from minecraft.

Something like this. You could put the name of what it is in the bars. its small and compact in a way. Shrug

o, that loos worse than what we have. I like the circles more than whatever that is.

Made it paint,net Lmao. took me a min or 2 to make.

I don’t think it fits Unturned’s style, something sleaker could do, I guess either circles/logos or a polished version of the current UI system would do.

Just hope we get something like Antique or Unturned classic Hud.