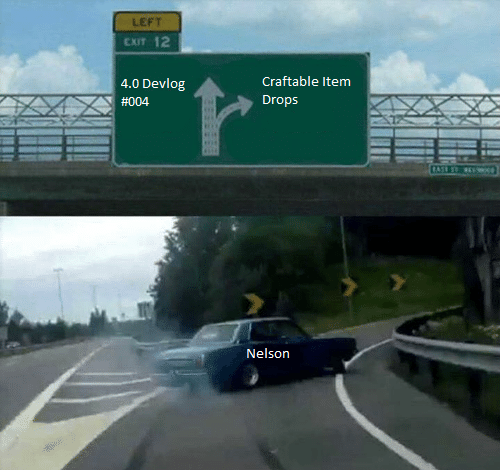 As far as we know he’s possibly just testing more design choices out for seasons, weather, and the environment to try and make a final decision on how the game will look (as kinda noted in the last devlog).

Experimental things are less likely to be noted on GitHub, considering their more spontaneous, unpredictable, and uncertain nature. It’s likely that there was some time taken off from one/both of the games due to the holidays and family, but it’s also likely 4.x still had some development going on.