Hello a long time ago I suggested making ammo and now we have confirmation (sure not because of me) that it will be possible here is the trello card link:

now my suggestion is that it is necessary to make the parts of the bullet, to use metal and a blowtorch to make the cartridge Where gunpowder comes and where the projectile is attached, the projectile needs metal also a hammer and the torch to be made,. this with the gunpowder the balance is made.

It costs four hundred thousand dollars to fire this weapon, for twelve seconds…

That Trello card doesn’t mention crafting bullets, but this Devlog does.
https://blog.smartlydressedgames.com/unturned-4-x-devlog-004/

dude I’d be poor in 3 seconds if it costs that much.

I disagree. Crafting bullets should not be like in Rust, where anyone with the recipe and the materials can craft explosive ammunition. Making bullets should be relatively easy by simply casting them in a mold. Likewise, making cases should only require some basic machining. However, actually making the cartridges, complete with propellant, should require a handloading machine. Certain rounds, however, are easier to load than others, for example shotgun shells are very easy to handload, requiring only a measure for propellant and a crimping tool or wax to seal the shell.

I am heavy weapons guy

And i am your weapon

But in all seriousness, crafting boollets is confirmed, (it was even confirmed before you suggested it @anonimoanbu) and you will probably need gun powder to craft them. Unlike what you said, you dont need a blowtorch to attach the boollets to the shells. They are actually “force fit” into the casing.

I dont think you should be able to mill casings. Finding them or using a table to craft would ve better in my opinion (unrealistic yes, but it is more convenient).

A table with a mill.
You can also use it to machine gun parts or something, I don’t know.

Or 3 soviet rubbles and a bottle of vodka

I always thought it might be fun if you could build a bullet making machine in your bases that could make a magazine every so often if it had the materials. That way people had a better reason to build bases and such but that’s just my opinion.

Magazines aren’t that hard to make, all that it really takes is some metal sheeting and springs.

Why do you need a blowtorch to make parts of a bullet? All you really need is some lead, a fire, and some clay or something.

Like you said fire, that’s what the blowtorch does. 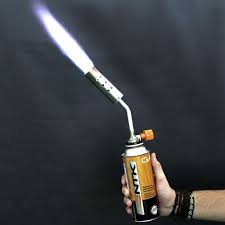 A blowtorch’s heat is too high and concentrated. Melting lead requires a slow and evenly spread flame.

Use an appropriate tip and adjust the fuel and/or oxygen settings.

as I said before, this is a survival game, not roblox african guerilla warlord tycoon