Cube World has been released!

Finally after 6 years it’s back!

A game that stopped 6 years ago but It’s back now.

It really is a very good game, which I once wanted to play, it’s a shame that I don’t have anymore

I was hoping it would pick up after playing it for 8 hours. The truth is it hasn’t changed at all in the span of 6 years. Its still very uninteresting gameplay even with friends.

I can’t say I can recommend it in the state its in right now. And I can only hope that Wollay isn’t planning on just releasing it and then ditching it for good this time.

Quickest refund in the west 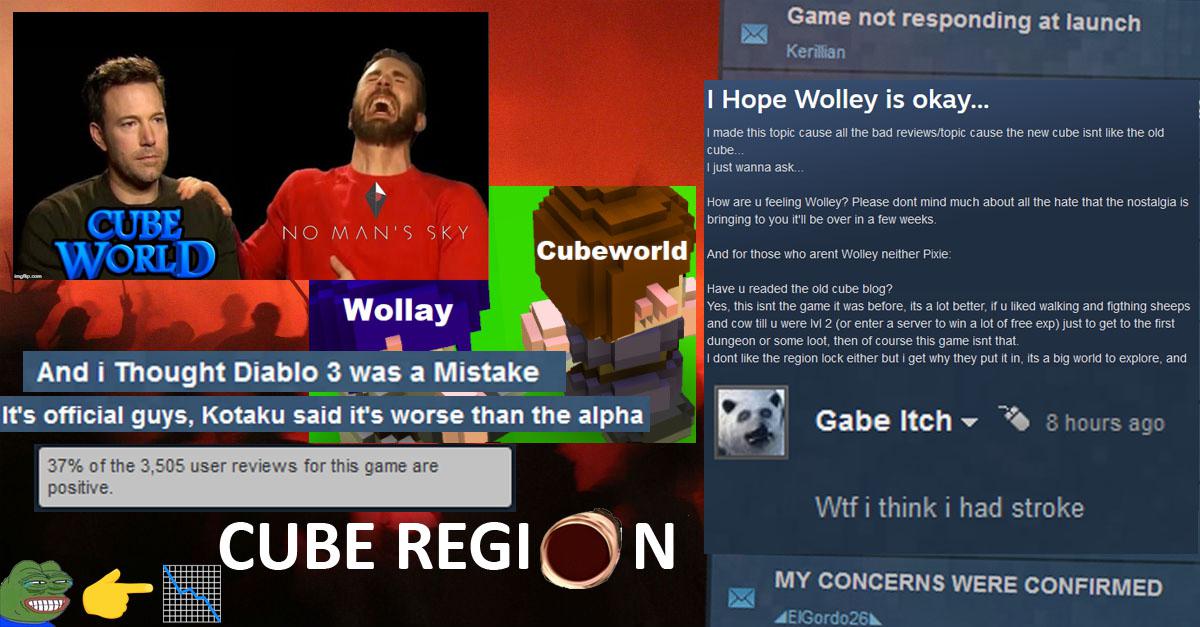 Cool is this a Minecraft mod.

Although I’m inclined to agree with a handful of the reasons people don’t like how the game plays, I’d also like to express disappointment in how some of the Cube World community have chosen to express their distaste through unconstructive posts and harassment.

Hopefully Yarr is right in that it’ll “pull a No Man’s Sky.”

ehhh well if, even if cube world was a shitty masterpiece

at least we got something good out of this

Shame, the Alpha was a great game. Fun for hours on end, especially with freinds.
have not played the current iteration, and looking at the reviews I most liekly won’t.
Pretty sure one of the reaosns you could not buy it for quite some time was that Wollay wanted the game to be “ready”. If this is what he calls “reay” then he does not deserve any of the goodwill he has been getting.

I did a thing on their forums. Chances are I won’t really be active on there, I just wanted to try and shoot my shot. Can only hope it gets better.