So as we know there are already signs you can put text in, how about we do the same thing but that you can paint it or put various symbols?
Also it would be awesome to do the same thing with clothing like writing something on a shirt or doing a custom patch for your group but i think i’m asking too much with that.

The issue that’s always brought up whenever painting or custom writing is mentioned is that it’ll be abused. It’s hard to be immersed in a hardcore survival environment when you’re fighting a group of bandits covered in penises.

If done right, I’d be indifferent to it, though even then I don’t know how well it’d fit in with the rest of the game. APB Reloaded had a great example of customization system before the game started going downhill, but I don’t know if it would fit Unturned 4.0’s setting. 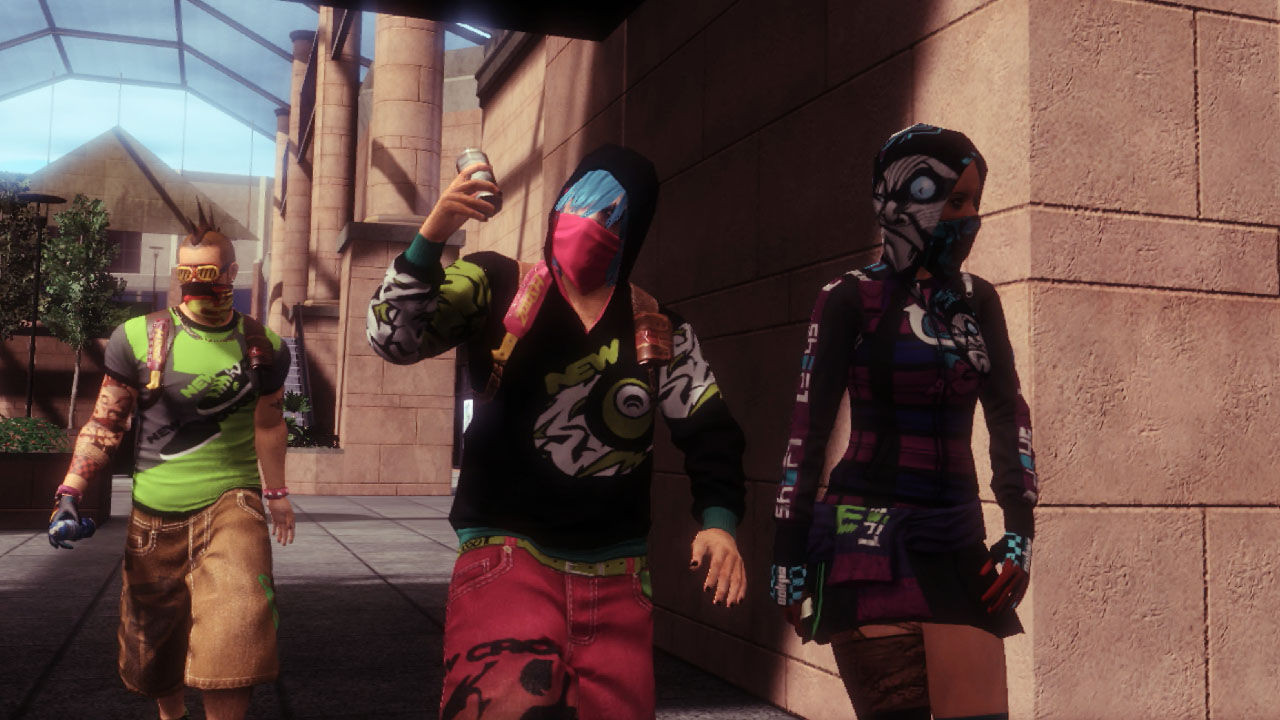 It would also be harder to differentiate what clothes someone might be wearing, or someone paints makeshift camouflage on their armor so it’s harder to see them. Like using 3.0 as an example, someone wearing full spec ops gear could blend a military helmet into the rest of their outfit by painting it black, instead of having to settle for the beret. They’d have the benefit of both protection and concealment.

If we could only customize makeshift and civilian grade clothing, we’d still have the issues of being abused and fitting in. People running around in turquoise beach shorts and pink armor isn’t really immersive, it might work in 3.0 since people can already be whatever color they want with the gold upgrade, but it wouldn’t work in a gritty setting like what’s being described in 4.0. If we cut down on the colors, or make it so you can only customize with stuff you find in the world, there’s still the issue of it being abused.

I’d love to have the ability to really personalize my character in my way, but I don’t know how well it’d work ingame.

If immersion is really that much of a problem could have a realistic mode similar to warthunder where it just doesnt show custom camos or stickers, or in this case flags and paintings.

But that would render this suggestion useless to begin with.

Either way I’m not in support of this, especially in the direction UII is headed.

IMO the textile variation system already in place in 4.X allows for enough variability of clothing without custom designs, but I wouldn’t mind groups being able to have their own custom symbol displayed on flags they place or clothing they wear.

i preview peoples drawing dicks in your clothes

Unless Nelson can figure out a way to implement some machine-learning AI that can detect if you are drawing genitals on your clothing, then I don’t want this in the game. It would turn into Rust real fast.

Just do what other games do, provide basic shapes, letters and numbers, people mix and match to make there own emblem.

Emblem can be used on certain clothing as a badge, on vehicles as a small decal, and on flags/banners.

Maybe instead of placing the letters one by one you place a text box then type, this way a profanity filter can be used.

Although no emblem system will be fool proof so just need a report emblem feature.