I am making a custom rocket launcher (not a skin) and I can’t figure out how to make it shoot rockets instead of explosive bullets.
The Asset File was a copy with a few tweaks of the vanilla Launcher_Rocket File.
Is there something that I have to change inside Unity or in the Asset File to make it fire rockets? Or do I have to change something in the Magazine (copied from the Rocket_1)? 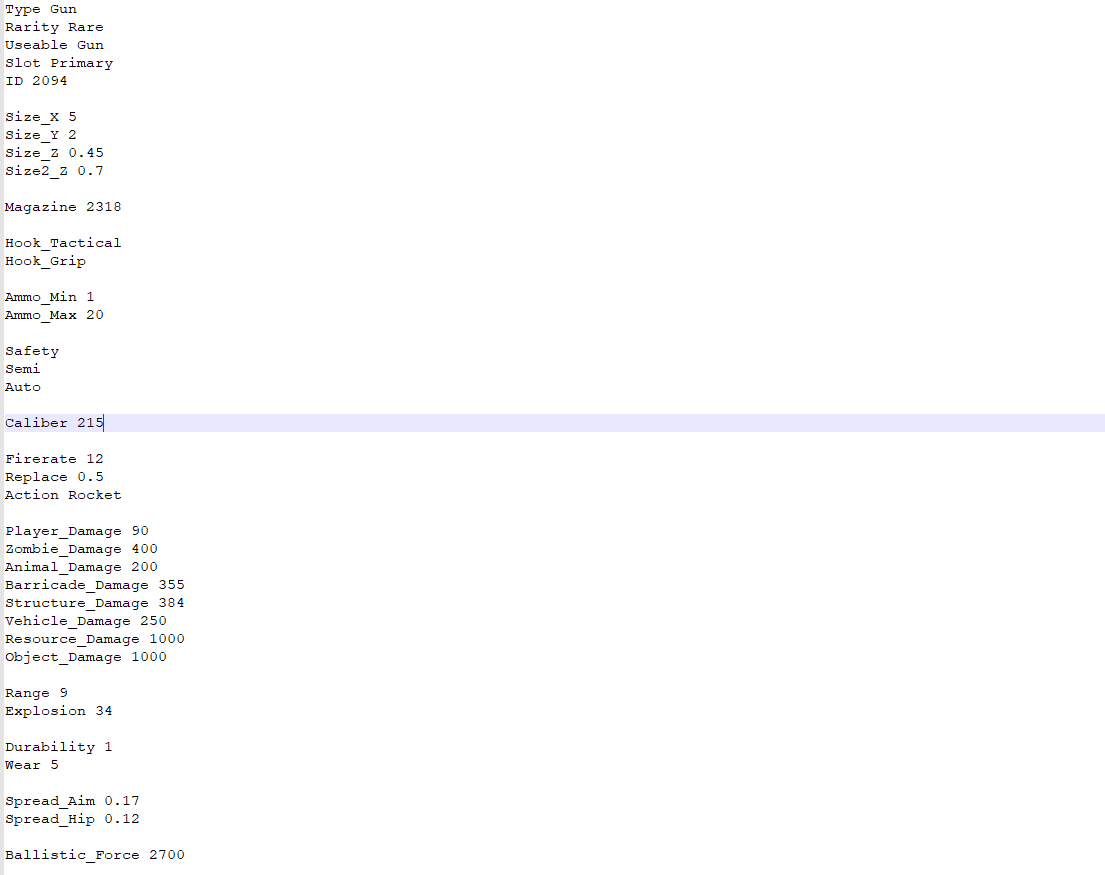 Sorry if this has been answered before.

I think you just have to change the id on the vannila rocket launcher, then do sone magic to get it to replace the skin. (Im not a modder so i dont know how to do that).

I may be wrong, but you set the magazine size minimum 1 and the max 20? That MIGHT be the problem, though I dunno. I dont have a ton of experience with unturneds stuff

hmm, what about auto? is this basically a machine gun rocket launcher? if its anything like the vanilla rocket launcher, it should have 1 shot, and only be semi.

Also, I think there should be something about projectiles in either that, or the unity file.

It is the Gebirgskanone from SAS 4, a full auto, 20 shot rocket launcher firing rather weak rockets. Also the M202 Flash (4 shot rocket launcher) from XtremelyEvilJuiceBox has the same format (also with Ammo_Min and Ammo_Max) so I think that it definitely is in the unity3d.

Yeah, after some thought, I realized you cant use unturneds assets, so you have to create your own projectile and such for it.