Excellent, we can now finally see some of the stuff floating around for UII.

It’s going to be interesting to see how modding plays out right out of the box as well, considering most of Unturned’s community is somewhat familiar with mods.

This new roadmap can lay the groundwork for some rather well-coordinated developer-community relations.

I want to piggyback off the “Turned” card you mention and just say that this is probably one of the biggest changes to the game when it comes to how people visualize the name “Unturned.” It’s a lot less “Zombies” now, and just straight-up death.

What about creating maps?

The main part that I was interested in was in bold. I left the rest for context.

Adding a mechanic that ends up serving no purpose to the player besides to “randomly” and “unfairly” punish them for existing is, in most games, not that beneficial.

There are some games that want to achieve reality in its hardcore totality, and good on them if that’s the way they want to go! Regardless, a game that is dedicated to being about realism is adding those features for a reason, as they’re part of the core game philosophy, and the developers’ image for the game.

I’m not interested in Nelson’s choice of words regarding his views on “realism for the sake of realism” though, just the food for thought that comes at the end.

Looking at that Skills card, I’m really happy that Nelson seems to be going for a “train yourself stronger” rather than a “look I get points doing unrelated and menial tasks”. I think it will be really beneficial to maintaining skills without using a skillpoint system which can be very meaningless based on how that “skill” was earned. Gives the player a bigger sense of accomplishment to run 20km and finally max out that Endurance skill (exaggeration for example, of course).

Gives the player a bigger sense of accomplishment to run 20km and finally max out that Endurance skill (exaggeration for example, of course).

I prefer to buy my sense of pride and accomplishment from EA thank you very much.

"My current imagination of the Turned are very dark, organic mutations and growths on the apocalyptic buildings, e.g. growths that spawn monsters or creatures attached to the ceiling.

I might be misunderstanding this, but the enemies are going to be mutations, instead of zombies? Or they are going to be like an “egg sack?” Interesting. Also, the grapplers sound cool, would it be just like a HL2 barnacle?

I might be misunderstanding this, but the enemies are going to be mutations, instead of zombies? Or they are going to be like an “egg sack?” Interesting. Also, the grapplers sound cool, would it be just like a HL2 barnacle?

Sounds like all of the above, but, basically, more similar to the Flood than zombies tbh.

Barnacles and spawner growths should spawn on any surface though, not just ceilings.

The choice of words expresses an idea, and if we’re going to quote them as great words, we should consider what they mean; if they were truly part of some great quote, rather than just some words carelessly placed in a report, they would mean that instead of following a policy of “when in doubt follow reality, and balance it from there” he would be following a policy of only adding anything for their impact on the atmosphere or gameplay, which can only be known if they’ve already been implemented in other games.

…Harvest are you an english teacher 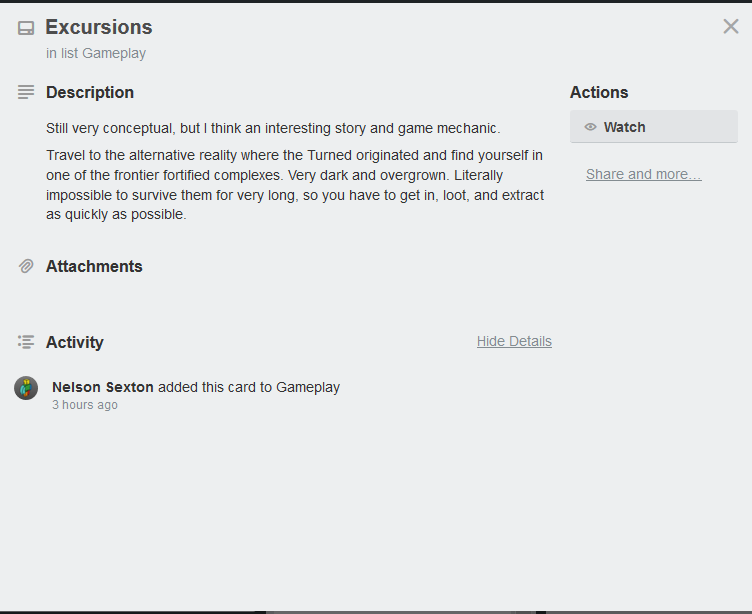 EATS AN MRE, KILLS A FRESHSPAWN, DESTROYS AN ADMIN BASE, KOS'S ON AN RP SERVER
WE’S DIMENSION TRAVELLERS AND
B R E A K S M I C

…i’m sorry, but at the same time i’m not

So would you always be traveling to the same “frontier fortified complex,” or would there be different ones for each map, or maybe a different procedurally generated complex each time?

Nelson,I have a question.
How in the actual universe are you going to keep Unturned II optimized after adding all of those features written in the roadmap?
I have no idea about game development,but this is just OVERWHELMING!