Most people already know what it is but but for them that dont know its when you dont ads with your gun and shoot it from the hipp, the fastes way to start shooting but very inaccurate. 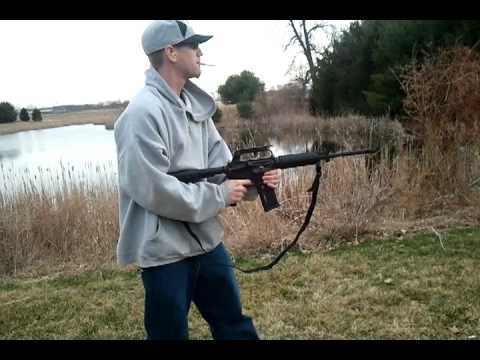 Inbetween hip fire and ads, its when you but the stock of your gun against your shoulder before shooting, its more accurat than hip fire but not as accurat as ads. 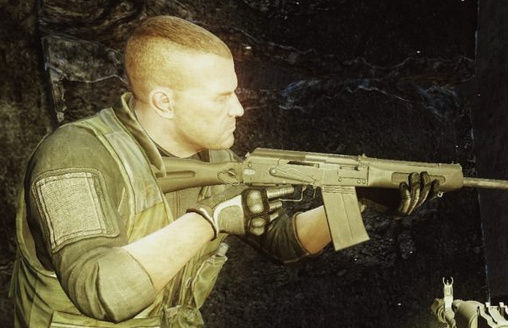 Its when you point and fire your gun around a corner or over cover, very inaccurat sinc you cant even see what your shooting at 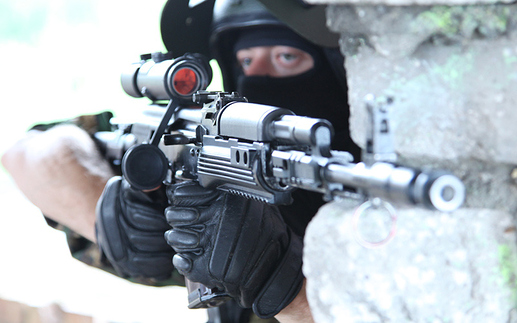 So I mostly made this topic to disscuss the idea of point shooting and blind fire.
I do think that point shooting would be a nice feature, it could be slightly faster that ADS and would be usefull in situations when the enemy is to far away for hip fire but still relatively close.
Blind fire could work and be usefull if someone is hiding behind a close corner or maby even behind the tree that you are standing at. I dont think it would be hard to balance it for 1st person but im not so sure how it would work with 3rd person, so im not to sure on this one.

Would you like to see Point shooting in the game?

I don’t think that differentiating between “Hip-fire” and point shooting is really necessary,as it might end up confusing for some.I think we’re good with hip fire or point shooting only.But blind fire is indeed welcome.

A way to handle point shooting is to implement a firemode for certain guns that acts more like a “zoomed hipfire.”

the best way i could think of to have both hipfire and point shooting is to make it so hipfire is the default stance (maybe the animation a low/high ready if you’re not shooting so you don’t look like a complete idiot), you go into point shooting with one press of the aim key, and ads with another.

it’s still an extra key to get aiming, which might be annoying for some, but with this point shooting could replace aiming in panic cqb situations, which is probably when you’d be point shooting anyway. at range it the extra click/press wouldn’t really matter since the distance would give you a bit more time. either way it’d still be less cumbersome then having it as a firemode, and it’d also allow point shooting without being stuck to only like full auto, and you’d be able to point shoot with (theoretically) any gun instead of just some.

or maybe it could be a separate but similar function to firemodes, where you can change between whether your aim key goes to point shooting or ads. it’d be an extra key but also less cumbersome then the double ads click thing.

of course, all this is assuming we want both hipfire and point shooting.

…dammit now i want guns to hover in ready if you don’t fire them for long enough, why do i do this to myself

in first person it could be cool i guess 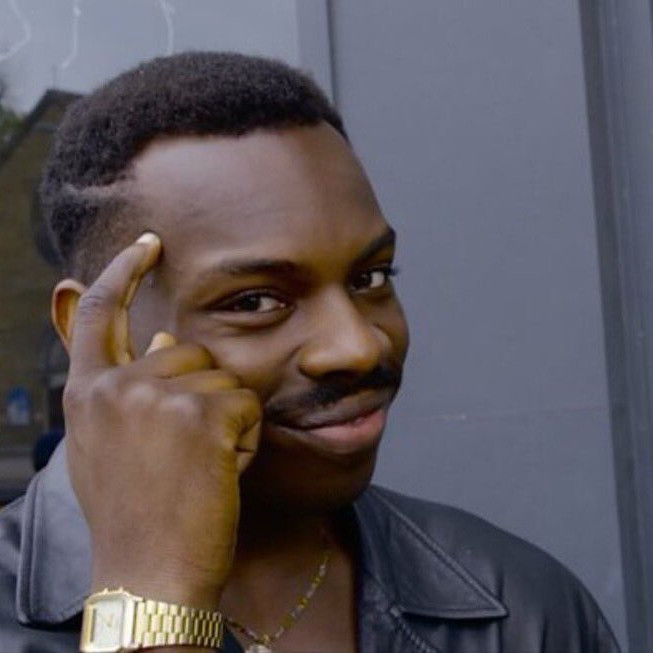 i feel like in most games what you call hip fire is actually point shooting.

so maybe true hip fire would kick in when you are running or walking and aiming down sight slows your movement, this way you could have all 3 fire modes without unique button inputs.

i would love blind fire, but coding in robust cover detection is hard, im sure it would take way to long to be worth it. and if ammo is rare in UII then it would become a wasted mechanic only used by beginners.

can we have the TABG weapon physics pls

Looking at this, I think if aiming went in steps where you start with hipfire, pressing rightclick goes to ADS, releasing it goes to point shooting and upon running or after a while it moves back to the hip for more relaxation, with the aim reflecting those steps. Blindfire, from what I think, only works in TP games or ones where cover is a button press. I suppose since Nelson is coding in weapons raising when you approach walls, when this happens and you’re on a corner your weapon could do something, but all in all it’d be hard for a game like Unturned and isn’t necessary.

i feel like in most games what you call hip fire is actually point shooting.

I assume you mean with blind fire, but I dont think that would really be that big of a problem, because bullet penetration physics are confirmed, so a guy with walls could probably just wallbang you normally.

The main issue I have with blind fire is that it is completely incompatible with third person, but other than that it would be neat, just maybe a little too situational. Oh and also it would take up a key on the keyboard which would be a little rough

Default stance could be in a “rest” position where the gun isnt held up. When you fire, your gun goes to the hip position. If you ads, then un-ads, you will be in point fire for like 30 seconds, unless you shoot while in point fire. (I know that of you wanted to breach a building and be in point fire that would suck, but hey its an idea which compromises everything)

Would you like to see ADS in the game?

I really don’t think Hip firing exists anywhere except movies, pretty much every game ever made with “hip firing” is in fact point shooting. I mean who would actually do it anyway? The idle stance i normally see is with stock near shoulder and barrel pointing down with the gun angled diagonally, moving the gun to a point shooting stance is far faster and easier than lowering it to a hip fire stance. Not to mention with most games you hold the gun point shooting style at all times with it equipped already. So yeah, no to hip firing.

red dead redemption 2 has hip fire, and its a really fun mechanic because you get increased fire rate at the cost of lower accuracy.

but i agree that hip firing is impractical and kinda dumb.

Mmm, haven’t played that one yet but yeah i guess that seems fun.

i honestly don’t know if it would work in unturned though, the only reasons it works in rdr2 is because there aren’t any automatic weapons and the fire rate is dependent on how fast the main character can pull the trigger.