I’ve considered making pre-existing minefields and wire fences that act as dangerous obstacles survivors have to deal with or avoid in order to explore military bases and such, however the ability to just deconstruct these objects despite not placing them or owning them means you can just take the mines or barbed wire instead of going around them.

I think it would be convenient and easy to add a config.json option to disable barricade and structure salvaging for anything placed in the editor, you can still break it like other breakable objects, but you can’t just pick it up or take the materials from it.

EDIT: I realized an additional problem, and that is the pre-placed barricades and structures not resetting. It would be nice if they reappeared like other destructible objects.

You can salvage them only if you’re server admin, or if you’re playing singleplayer.

Well if most players were to play a map in Singleplayer then the problem would still persist. I don’t believe the landmines on Arid are made using barricades/structures, last time I took a look into the assets they were resources like trees and such, plus they can’t be salvaged in Singleplayer. I might be wrong though.

The landmines are items not resources 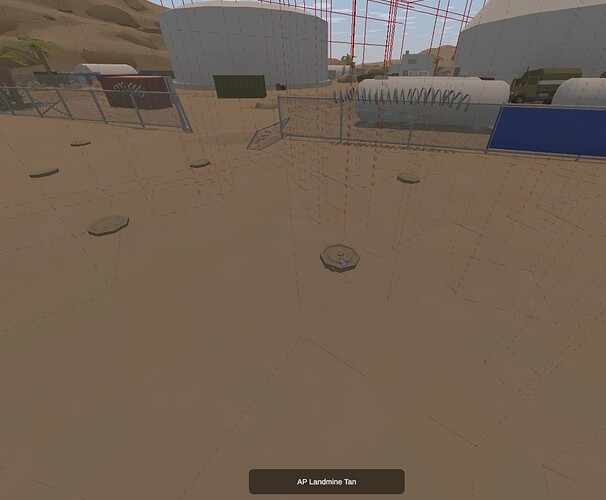 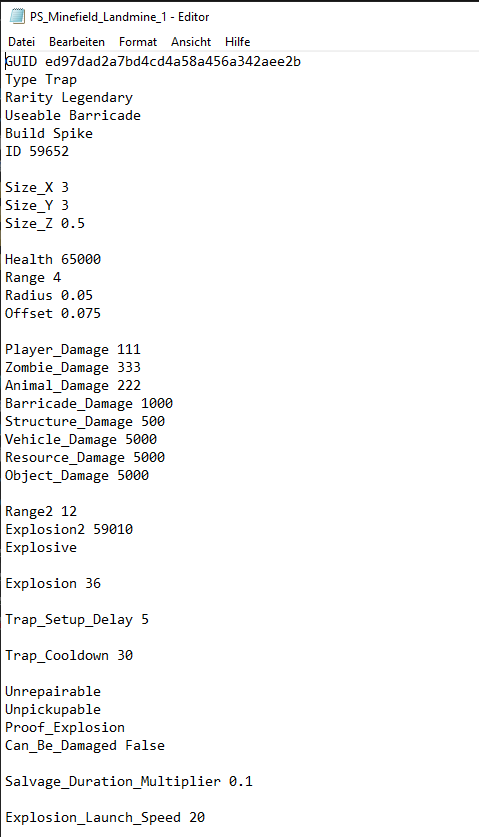 I guess you @mops can copy these .dat lines for your map traps?

You would need to create custom variants of barricades in order to have them be a permament feature of the maps. You could create overrides of vanilla ones which would be identical in appearance but you could edit the stats to make them a static, irremovable piece of map.

I see thank you all for the replies and clarification.