In 3.0, there are only barbed-wire fences that players can take bleed damage from, and they don’t really do much other than that and aren’t really much of a deterrant to players (they can just destroy them easily) and don’t serve much other purpose than that, as there aren’t roving zombie hordes that could get onto your property, as there will be in UII.

So for that I suggest a more nerfed/endgame item similar to that, which would require a constant power source but could be used for a more functional purpose, to prevent zombie hordes from entering a fenced-off area, such as around a base. If the power was running from generators, the zombies would be zapped by the fence and couldn’t get past it.

Without the power running, zombies could get through the fence. This would have to be quite an endgame, high-tier object as it requires electricity generators, fuel, and a lot of metal.

Don’t you just love electricity.sometimes so toasty and warm.

I think a better way to implement this is by giving players the ability to electrify nearby metal objects by connecting a wire. You could visually represent it by having sparks shoot from the objects periodically.

It wouldn’t just have to be metal either, you could throw a water bottle at some guy and trick him into walking onto exposed electrical components to kill him, but players who have the gear to protect against electricity could be immune.

Just a thought, but if electricity could actually be provided by zombies, how would it happen? Letting it stand there and infinitely produce energy seems pretty abusable…

they wouldn’t just be a walking infinite energy source, they’d be more like a battery/conductor that releases energy. Maybe zombies that are more accustomed to it can release it on command or through attacks.

I don’t think all zombies would be able to safely be a vessel for electricity either, it would be a random chance that they could hold it depending on a few factors 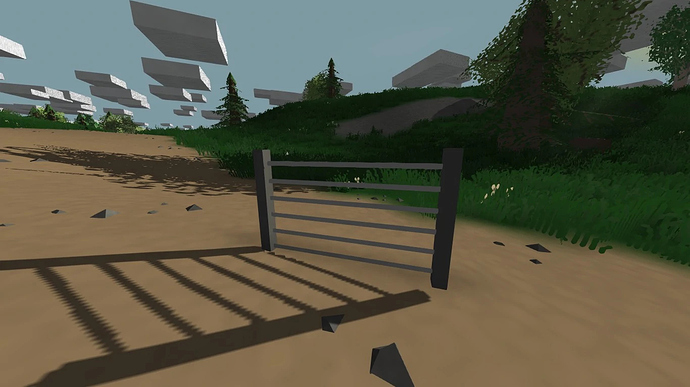 Here’s an idea, because the fence is electrified you could hook it up to a computer that tells you where a break in the fence is.