So with the new rust update adding ways to set up wires, buttons etc
i thought maybe unturned should have it to,

We can have all sorts of things from wiring up buttons to doors, hatches, and maybe have a way for sentries to be powered by connected them to a power bank or generator

there could be logic gates, other gates, maybe implement something like a repeater from minecraft

Unfortunetely i don’t know much about this stuff so im pretty much mouthing off random terms, sorry about that.

But we have alot of possibilities

Another thing that maybe could be added are cameras and cctv, personally i think third person shouldn’t be a thing in 4.0 cause theres no way to nerf it in a way to make it still needed in the game
(why cant you just use third person?)
so these items would solve it, you can set up a camera and take a picture, and see yourself outside of your own eyes and inventory. maybe even put pictures you take on walls

thats pretty much all i have to say, what do you think? what changes could be made to my suggestion?

currently unturned has generators that kinda work like that, it would be cool if it could add wires that would run along the floor to the turrets and stuff.

maybe you could use generators but to power up items you would need wire.

alot is possible, theres alot of things that can still be added

@99lockerock @thegamingkaiser Definitely,this would add a lot to base raiding and stealth,cause you could also cut the wires intead of just destroying the device or the generator!

we could prolly get electric cars
that’ll be neat

Probably the smartest shit you’ve said in a long while.

now that was uncalled for 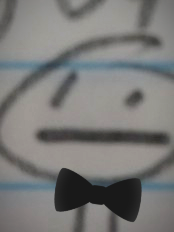