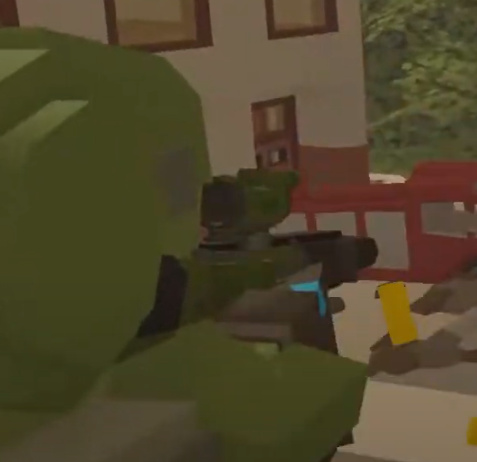 first we have this new assault rifle. it looks good 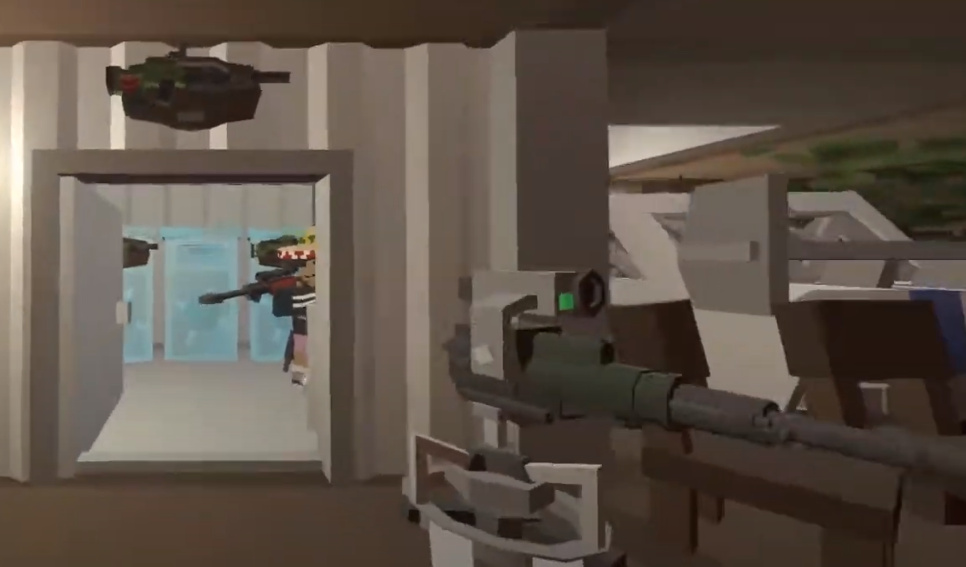 image966×567 97.9 KB
couple things here, doorway man is holding a new new wooden-looking sniper rifle, and there’s a new gun above the door, video kinda low quality so idk what it could be, but there iS red in the back, so a bullpup AR or shotgun seems likely, and an unseen 3rd rifle in a plaque also how did i miss what looks like a new sentry type with a big gun in it. Note that this car has a blue stripe in the back also those chairs actually might be chairs? if so, cool. 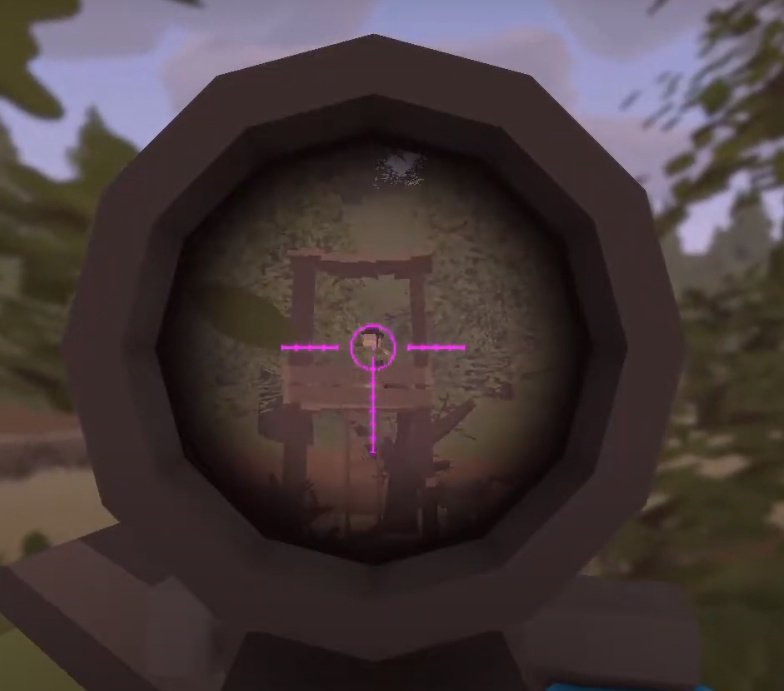 image803×152 33.8 KB
new car type, the white one is different from the one in the base shot, so maybe there’s one not being shown in this little race? also cool highway looking area. 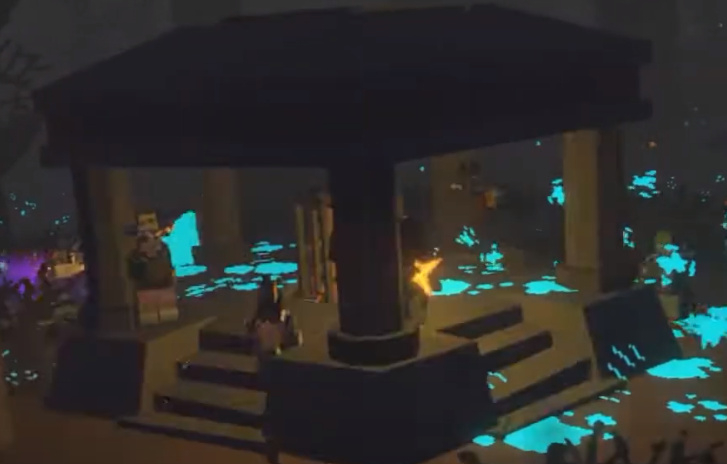 image727×464 72.1 KB
can’t make out the guns but there’s a lot of firepower, and i have no idea what that thing in the center is. lookin’ kinda familiar though. big zombie fight too. 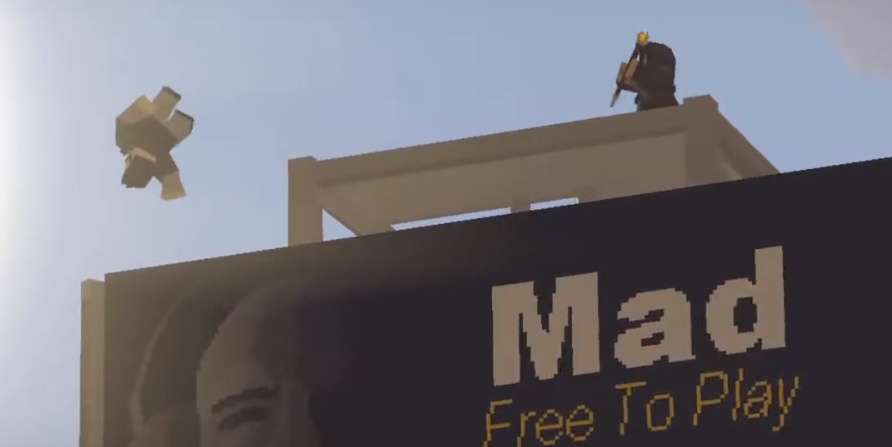 image892×447 60.2 KB
dude got whacked. Ne wmelee weapon and weird, robe clothes, we see more in the trailer on a NPS, so maybe you can buy them from the NPC’s? 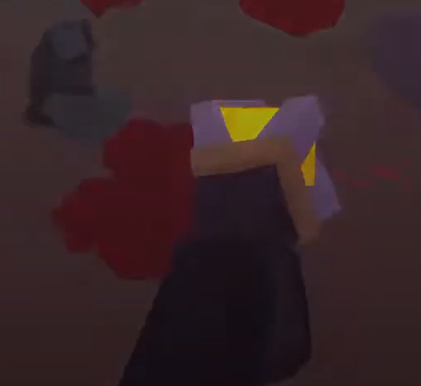 same thing as last scene, looks like powerful, dunno what it is tho. kinda magic-y. 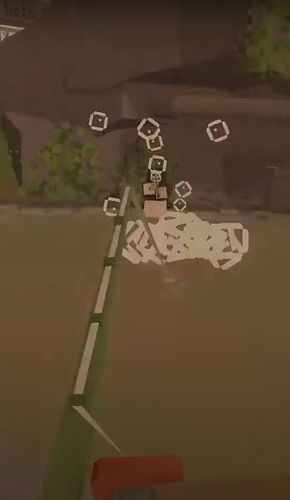 image451×777 51.6 KB
upper left has some righting, place might be called ticta? Licta? who knows. Also obvious NPC in robes from the smackdown scene 2 images ago, i assume
New fishing rod though. but… it’s a fishing rod, who cares :I 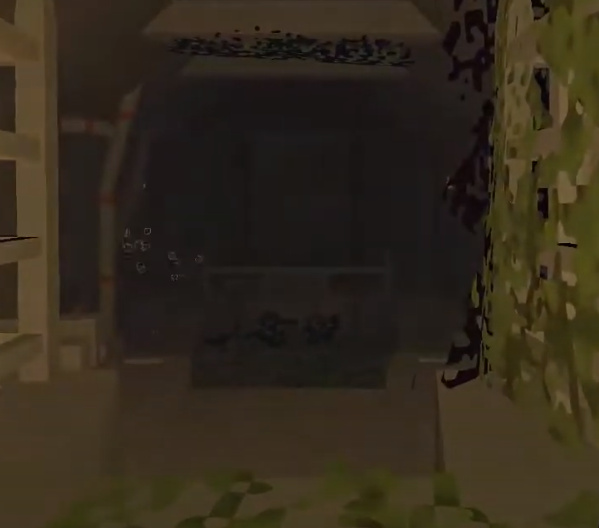 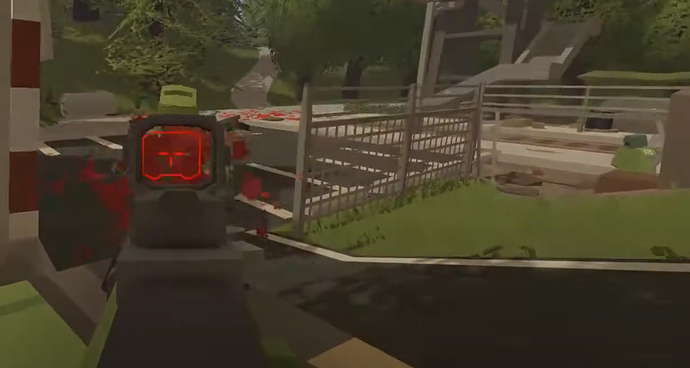 image1024×547 115 KB
New gear on that mega, also, what’s that patch on the military zombie’s arm? Plus, new sight obviously probably the same AR used in the first PVP scene 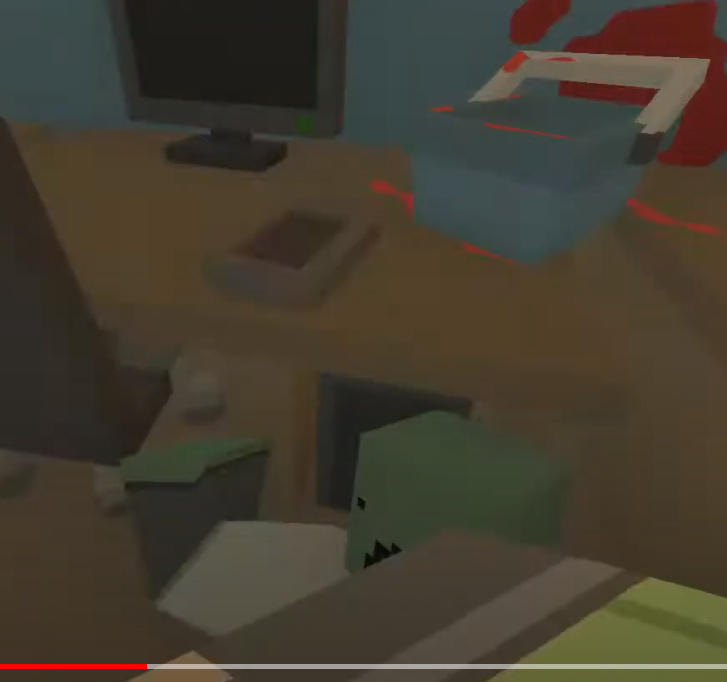 image727×682 64.4 KB
not sure if anyone noticed ths, but if you go frame by frame, the item in this scene is a cell phone that’s grabbed is some smartphone, probably a quest item.

image1085×523 108 KB
New vehicle, looks like a bus at a bus stop, few zombies in new clothes, i think? and some new gun with a new sight, too. seems like an AR with a super short barrel. 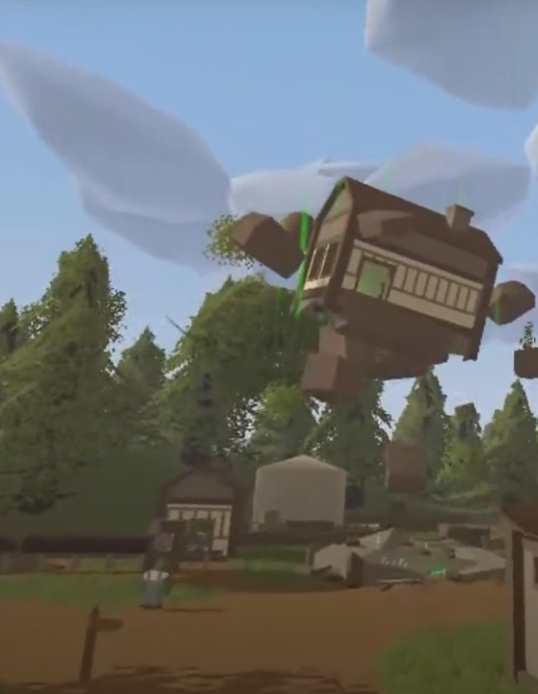 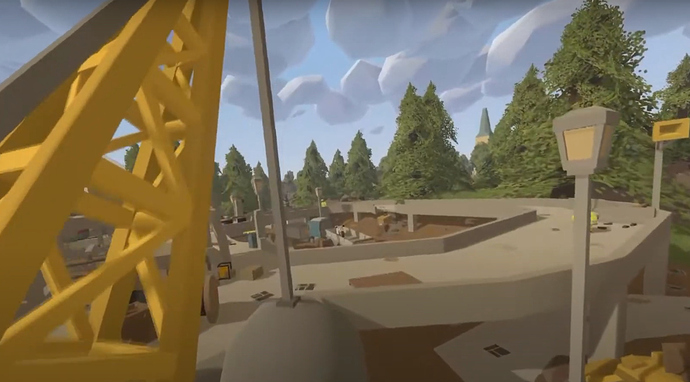 image1343×745 222 KB
construction area? looks cool for one if it is. something in the back of that truck, too. looks like a motorbike 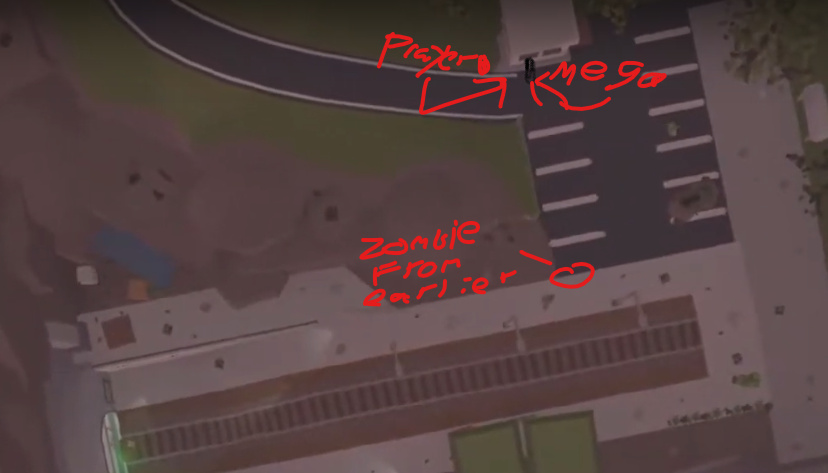 image828×473 82.7 KB
Seems to be the place from earlier, military theme, hell, in the bottom right there’s a mega zombie (notable backpack and helmet from first mega scene, smaller zombie in parking lot.) that the player in the trailer fought earlier, so military railroad area? i’m more concerened if we can open what looks like a huge gate at the bottom left 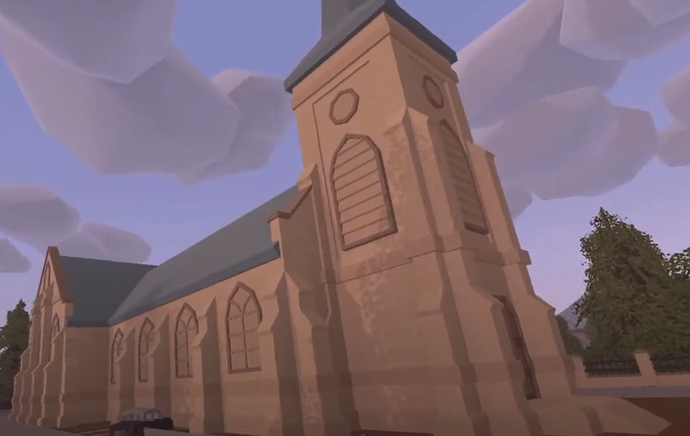 image890×348 64 KB
ELVER… also, is that a catwalk on the right? it’d be cool to snipe from a huge sign. fallout NV trailer vibes 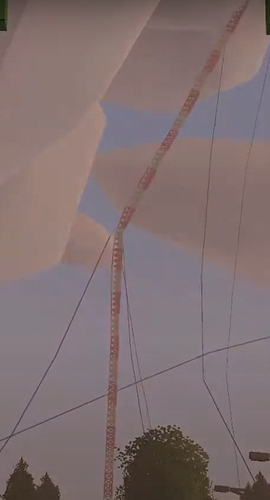 That’s all! i hope that maybe i pointed out soemthng other’s didn’t see, and maybe you can do vice versa? point out things i didn’t mention! i know the map’s not released yet, but it looks really good, let’s all hope it comes out the 17th like the description says.

Danaby revealed i was in the trailer so yes i know more than you think. i also playtested it the most. just trust me it’s going to be a fun map and you should BUY THE BUNDLE TO SUPPORT DANABY AND RENAXON

The patch on the military zombie isnt the flag of a real country so elver is set in a made up place probably. 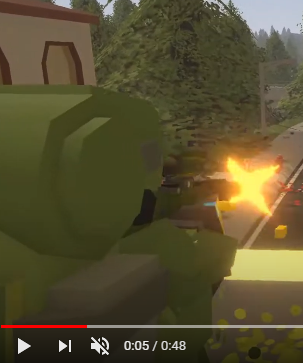 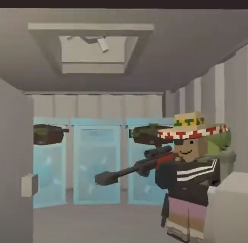 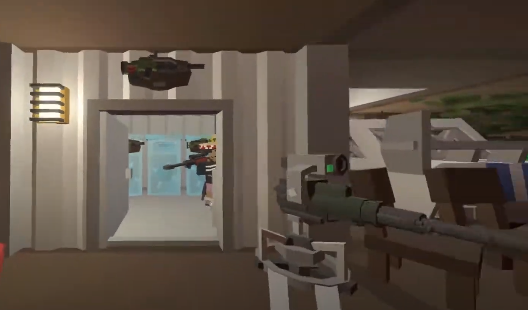 These are slighlty more high quality images of the same things

floating house in… a farming area? look at the zombie on the ground.

Yea this further proves my point

floating house in… a farming area? look at the zombie on the ground.

Yea this further proves my point

phyyrin you’re literally in the trailer

shhhh they don’t need to know that. especially that i died the most in it and know way more that i’m letting on that i know :I

funny edit: all of me in the trailer btw 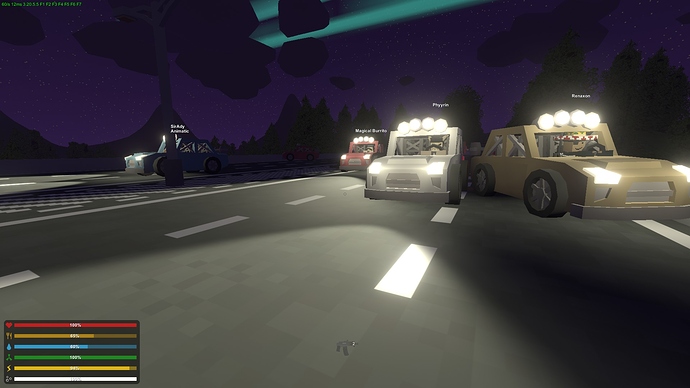 upon inspection that is renaxon holding a red ryder BB gun and nothing more plus some storage that is merely being placed, it’s blue since the new update dropped

BB guns are immensely powerful, don’t underestimate them. Having your eye shot out is no joke you know.

True but its not a combat weapon. 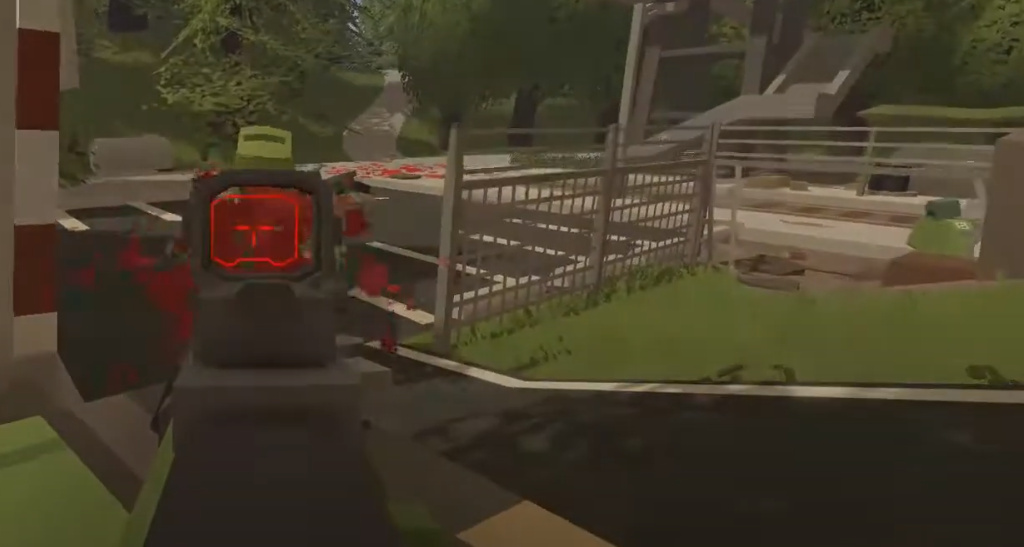 The logo on the zombie in the back is just the one like on Athens flags.

Nope its a shield with a slash across it.