Since Unturned’s fifth birthday is coming up, I’m going to assemble a poll to see which map is the most loved out of them all. Note: No workshop or curated maps will be included.

Firstly, here’s the poll for survival maps (You may select two of your favorites):

Secondly, here’s the poll for arena maps (You may select two of your favorites):

If only the Vanilla Arena maps didn’t suck.

Right? The initial loot grab is quite terrible

No, their layouts are just terrible.

Yukon is undoubtedly my favorite, is what most resembles a hardcore survival and makes me feel the greatest immersion.

Yukon is definitely one of my favorite maps just because it’s one of the most inherently unique maps from the official map pool.

I’m hoping that we’ll either see a curated map that tries to improve upon what people feel Yukon did wrong (even if it wouldn’t be able to make drastic changes to the core temperature mechanics and such), and that U4 will explore the idea further.

why is athens arena not an option, im not voting until this is fixed.

why is athens arena not an option, im not voting until this is fixed.

you have just triggered a magnitude 42 bruh moment

A while ago I asked Nelson to add an option to configs that allow people to over-ride the blizzard mechanic, so it’s always snowing, he agreed and also did the same thing for rainstorms. So an old Yukon map is now possible.

I think was the first actual map in Unturned. I really miss it tbh.

First large map, PEI has always been the first one.

I will have you prove you wrong here. I played Unturned when there was only Canada(I’m not 100% that was the map name) but definetlly not Pei, because I remember when I Pei came it basically replaced Canada, then Washington came soon after! IScreenshot_20190718_023744|257x500

A poll had been made to keep either Canada or PEI. Yukon is one other map that was released before Washington. 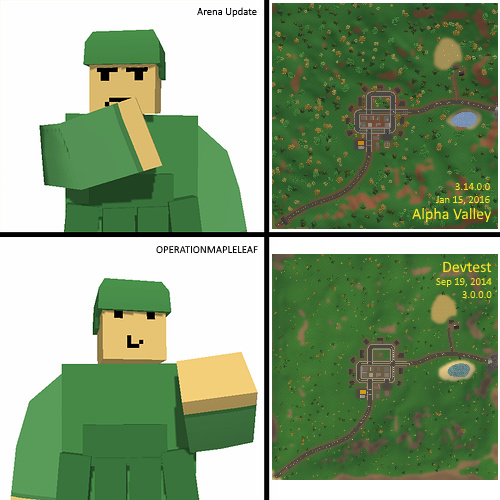 EDIT: If anyone is curious or also on a nostalgia trip, here’s a side by side comparison of the satellite images for both maps. Both are full-size 1024x1024 original game files.

Technically the same map, except one is finished.