Currently in the unturned we have only the old avatar square, as in 4.0 we will have changes in the skeleton of the avatar could also have a female skeleton with bust and other things ,I am not perverted, just think the unturned could reach the female audience, so more players

Yes, I’m sure the female audience is just clamoring to see boobs.

Who cares of the female audience, this addition won’t be for them, but it will be for any player generally, indipendently from their gender.

Having female characters would make the game just better cus it will feel more complete, that’s all about it.

That’s not what I meant, I think if they could make an avatar look more like them the game would look more interesting, I AM NOT PERVERTED

I don’t want to say this but…

95% of the players whom use female avatar are likely to be a male.
Also… egh… maybe.

A feminine mesh is already in the game, however, since Nelson is redoing the characters, this may change.

Here is what it looks likes for now: 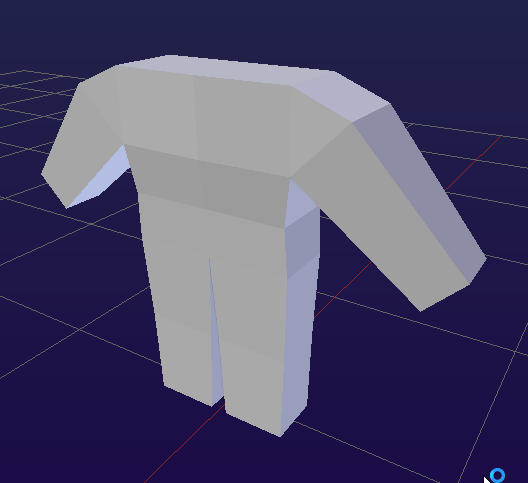 It’s really, but anyway it would be cool … I think … Maybe … instant noodles

I think people may choose the feminine mesh more, as its hitbox and silhouette are slightly smaller, giving them a very small edge in combat.

If that’s were the case then I think choosing “feminine” should have some what of a disadvantage to balanced it out… How? Don’t ask.

(Also the size aren’t that much of an advantage in the first place, it is like… what? 3 nanometres smaller? And could be easily fixed by just using the default’s hitbox on this model. But I guess it doesn’t makes much sense.)

Yeah, I understand that the advantage is super small, but some people are that hardcore and will take any advantage they can get.

I think players should spawn with some basic clothing.

The feminine mesh would likely have smaller hitboxes for the limbs, but a larger hitbox for the chest.

Woah, don’t jump to such a conclusion that fast, lets at least see where the 2nd model goes.

Y’all bad for only using women for their bodies, with that pitiful 1% dodge advantage

I stick to males for 100% manliness

Pop those cubes out, baby!

thats not funny. at all.