So for II, I think that a harvested item shouldn’t take up an inventory slot (unless it’s a fruit, or a single item like that). So if you had a field of wheat or barley, you could take an unequipped backpack (or any bag, like a sack or something) and fill it with whatever grain or harvest. So if a bag had 30 slots, and you had a field of wheat that you harvested, it would give you a percentage of how much you’d put into the bag, similar to the fuel cans in 3.0, or water holders and rain barrels/water tanks. And you could use the bag/sack of for example, wheat, and use it to craft bread, or empty it into a grain silo or something of the sort. And obviously if it was empty, you could use it as a backpack again.

Intresting idea, it could also say how much the grains in the bag weighs (then you could figure out how much bread you could make) f.eg. 2kg says more then 100%, so the precentage should indicate how full the bag is and the weight on how much grains you have

Yeah, that’d be a good mechanic, and would make making food real easier, too, farming it, making bread, etc. 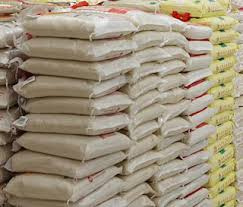 Would be pretty good honestly, growin a big wheat crop, chuckin it in bags, storing it all for the winter. Making a little self-sufficient camp, without going out looting. And of course defending it from zombies and players.

Puts a couple of bricks in a burlap sack

Proceeds to smack a F2P in the head with it

Maybe if you went up to a beach, you could also make sandbags instead of having to scour military bases for them.

I approve. Sandbags should have to be filled.

but in 3.0 you can craft them with five cloth.

I forgot you could do that.

I think this is a wonderful idea, its like the more farming mod but more ingrained in the game.