Users can choose which badges show up on their user card. Visit your badges page, and favorite one or two of your badges!

All users now have the option to select from some premade avatars. For now, there’s a selection of five Unturned faces as a test for this feature.

Additionally, system-assigned profile pictures have been changed to have a limited color pool for the background color. Currently, the limited pool contains some of the colors used as in-game item rarities. 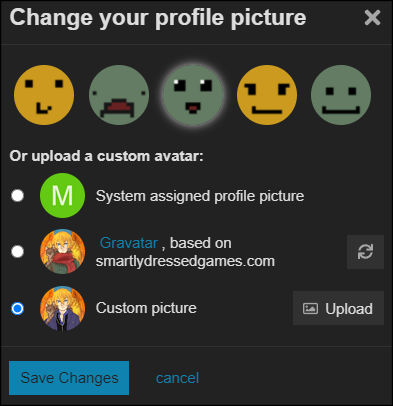 GIFs will work? Nice
I’m glad that Forum is getting updates.

Great work as usual, My only suggestion would be a UI overhaul since the forum in its current state looks a bit depressing. 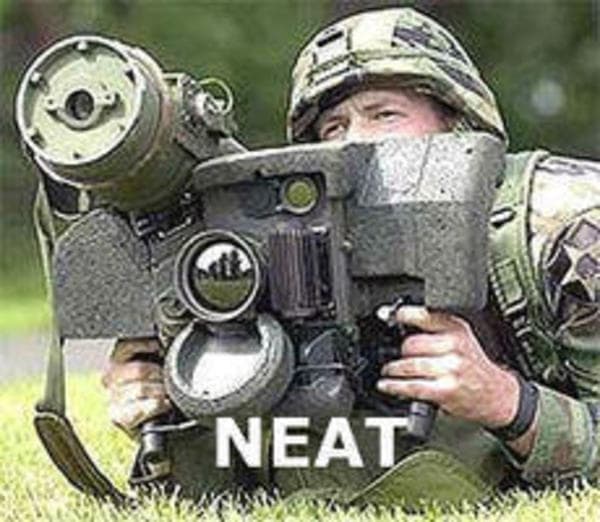 R.I.P. support of older browsers. I deliberately downgraded my phone to Chrome v83 several months ago to keep the old tab design(as google completely removed the old tabs in one of the updates). After the update I can’t use my phone to browse the forums. Pretty much useless update for me. Perhaps, other people might find it good, but for me it is another stick in the wheel.

Unfortunately, my only advice is that you should update to the latest version (if you wish to browse the website from your mobile device). Generally speaking, I’d recommend using the latest version of any web browser. The latest versions of Chrome on mobile has tabs (along the bottom of the screen, and as a separate interface). Alternatively, I’d suggest using a different browser entirely (on its latest version).

Although Chrome probably has some flags (chrome://flags) that let you use something more akin to whatever older feature you were using.

Security updates by themselves are a good reason to upgrade. But also, the feature parity across different browsers—newer browser versions come with newer tech that is likely to be used by websites, and various deprecations of older tech.

At the very least, only LTS versions of software should be used. Or if the software lacks LTS versions, then whatever is within their range of support.

As people I chat with on the regular know, Chrome has been an absolute nightmare for me for the past year or so, and I’ve hit stage 5 and just accepted the new tabs (after they made groups optional) and honestly prefer it now. Same can’t be said for swapping over to Lens from Image Search which I messed around in flags to disable, and that’s been working fine for a few months now. Desktop Chrome also switched over to Lens search but I run Saucenao and that has a little drop-down menu for a bunch of image search options which includes the old google so it’s just an extra half second of my time, nothing too major. But yeah whoever keeps deciding on changing everything they’ve done right every update needs to be fired because I’m pretty sure that breaks their former ‘don’t be evil’ clause lmao.

Thank you for your answer. As far as I know, Chrome does not have an LTS version, but I might be wrong. Also thank you for mentioning flags, but those that support old interface, unfortunately, were removed, which was the reason I switched to the old version of Chrome.

On the note of “security updates” - most of them are not of my concern. I am not a generic user that has the most basic knowledge, neither I am too tech savvy, but my opinion is that the best security to exist is either using common sense on the internet or just straight up never connecting to the internet at all. I could understand that your reply is, in a way, official and every representative of any company would most likely not recommend third party services or deprecated tech, so I can understand that.

Not just Chrome’s interface - the removal of the dislike counter, the forcing of stopping of YouTube Vanced’s development. Google is either completely insane or just wants to please its advertisers.

The profile pictures are funny