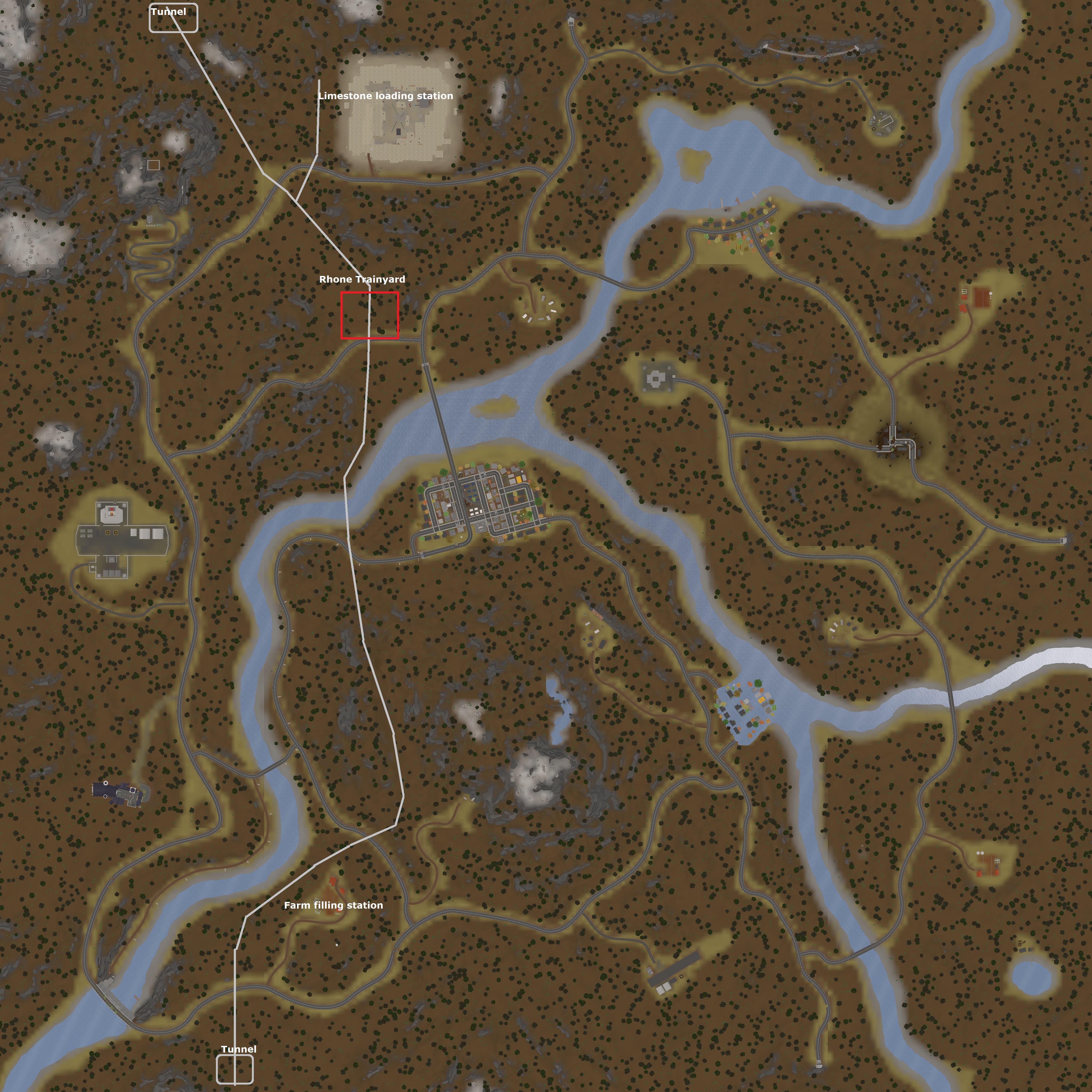 Hey, I saw some speculation about adding trains to Germany and as someone who loves planning maps (had a lot of fun making france plans!) I made a little plan if germany railroads were to be added. The Rhine trainyard would be a medium sized construction-loot location and it could be done with models ingame easily (although a new model would be cooler). There could be a mountain pass thru the center of the map to make things unique as well. If I was to go really off on a limb, I would add a neutral non coalition NPC fort/camp at the very south of the rail. Just some ideas.

What if the line also had a junction west of Berlin? Then the line could continue through Berlin with a train station (Like in that Canada map we used to have) with another bridge so that the train goes all the way to the prison. Then maybe we could even have prison cars for the train or something like that.

I’m not a huge fan of having a train track going ‘‘straight’’ like that, a train system all over the map would be great.

What if the line also had a junction west of Berlin?

a train system all over the map would be great.

Currently, it would have to be two separate road node systems with two separate trains that don’t ever intersect. Nelson should improve the road system in general (but mostly for trains specifically), so that trains can do stuff like go down different tracks/paths.

Realistically, we should be able to have a loop for trains though. There’s already an option when design roads to make them loop, so just making some tracks on a map do this would at least allow for a more complete method of travel across the map, at least to anywhere but the center.

The Rhine trainyard would be a medium sized construction-loot location

With “Rhine Trainyard” (which would be nice for satisfying people who dislike Germany for being so barren), there could also alternatively be two separate tracks coming out of the place that, although they never intersect, go across both sides of the map. You could have two separate trains.

Also using a different train design just for Germany would be nice.