The mod that I’ve been working on for a while is getting close. The only thing left to complete this project is to improve some features & make spawns. So this would be a good time to show the features coming with this mod’s release. The original intention of showing these off was to record a video but my recorder is bad so pics will do.

You will soon find empty glass bottles in restaurants & cafeteria locations, in industrial locations for the berry juice & cola/soda bottles. You can fill them up with their vanilla counterparts to get a glassed drink but why should you. But there is another feature that comes with these almost useless items. 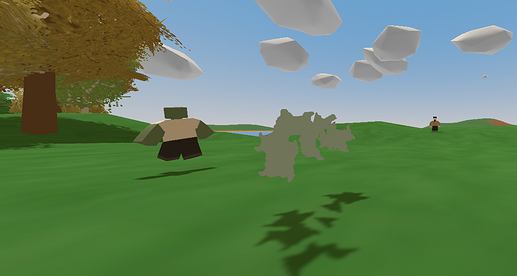 An empty glass of any kind doubles as both an ingredient to a drink & a distraction tool. Like flares & smoke grenades, they can lure zombies to adjust their location. But empty glasses make noise on impact, therefore being useful when you lack the essentials early on (AKA, being a naked or just a guy with nothing). You can also manage to poke a zombie or player if you throw these on their feet.

image1532×475 117 KB
Molotovs will also be featured in this mod. Made from berry juice, cloth, heat & at least a skill in cooking, these makeshift bombs are the easiest lethal throwables to craft without the use of raw explosives. And you can make molotovs from all 7 types of berry juices.

Molotovs work similarly to impact grenades, & they are very lethal if they’re blown up close against either players or zombies. Unlike impact grenades, their lethality on impact is limited once the threat has more protection or health, but their utility against humans is useful such as blocking paths & flushing them out of vehicles. 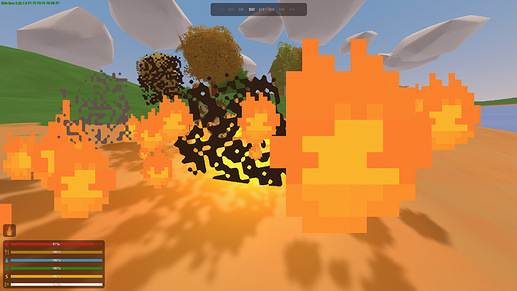 image1918×1079 455 KB
(Unfortunately this fire effect is static so it isn’t affected by gravity. Making this effect was my first time)
These makeshift firebombs will burn players that stand around its radius, damaging them periodically. The effect is very useful for blocking points against players or flushing them out from vehicles. The fire effect can be negated by wearing a firefighter outfit (works without the helmet) to counter the lethality of the burning effect but you can still be damaged if the Molotov blows up beside you. They will also spawn at ranger locations.

Unfortunately, the burning effect won’t work on zombies & animals but to counter this limited feature, the molotov’s explosion will double the damage against them.

image1919×802 201 KB
Kegs are the final feature in this mod. They refill empty berry bottles scattered around with the corresponding berries filled to it. They are the only way to fill them up & put them to use. Kegs come in 4 variations: birch, maple, pine & metal. They don’t provide any benefits onto one another but the wooden ones are craftable with 5 planks & 5 scraps.

Kegs may spawn empty. To fill them, they need 10 fermented berries of any kind to fill them up. Once this is done, kegs can now fill up empty berry bottles.

image1864×884 216 KB
All kegs can use the 7 berries that exist in the game. If a bottle is filled, they turn into drinkable items. Berry juices will affect the player depending on what berry is in them. A select-few will give a player the drunk hallucination effect for 30 seconds.

image1868×225 46 KB
At the moment, I can’t give kegs a limited amount of how many bottles it can fill so they are essentially an infinite supply of berry juice. So the only way to empty them is to fill up 10 empty bottles to empty the keg.

image1860×680 188 KB
Kegs can also be crafted, the wooden ones to be exact by using 5 planks of any kind & 5 metal scrap. Unlike molotovs, kegs don’t need the crafting skill up to craft them. The metal keg can’t be crafted but it is found in restaurants as uncommon items.

EDIT: Final final feature is that you can break empty or filled berry glass bottles to get yourself a makeshift weapon.

Anyway, that’s about it for what the mod will offer in-game. No scheduled date on when this will come out since I do multiple things at a time.

This could honestly be used in the base game, this is really excellent work!

Nice. These all look way better than other mods that add stuff like this, very vanilla styled and minimalistic. great job

Molotovs would be terrifyingly effective against wooden bases if there was a fire mechanic in U3.

I forgot to mention this but I’ll say this now before editing, you can break berry glass bottles that are filled or empty to get a makeshift weapon.