Basically it doesn’t have much mystery, they are weapons found in military posts or in NPC bases. 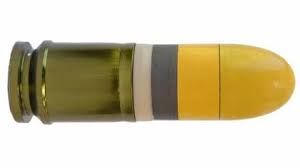 Also a version that can be attached to assault rifles. 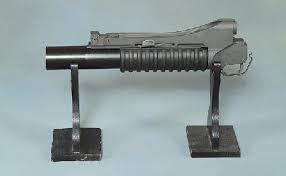 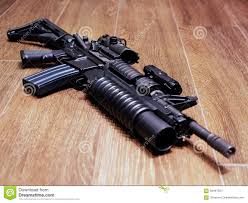 I think that grenade launchers should be limited to one or two shots, or repeating ones like the China Lake and automatic ones like the AGS-17 should have a heavily reduced blast radius, otherwise having a weapon that could literally wipe out multiple teams of players over a hill would not only make PvP a joke, but would also melt bosses and hordes and make them trivial.

Finally I can do a realistic LARPing of Tony Montana

This is the tough bit. Balancing.
As it stands, a 40mm grenade carrying five tops alongside the rest of your combat load, and the ammunition should really only spawn in military bases. You could make your own but the best you’d get would probably be glorified molotovs.

I think that grenade launchers should be limited to one or two shots, or repeating ones like the China Lake and automatic ones like the AGS-17 should have a heavily reduced blast radius

Perhaps. Let me propose something.
A lot of the lethal radii of a grenade is based on it’s overpressure. Moreover, dead bodies tend 5o soak shrapnel. In theory, if we set the engine up to treat bodies as cover against an explosion, this will blunt it’s power against hordes of enemies while also making it somewhat more realistic.
Another thing we could do is force crew served guns to require setup. You can leave a CSW somewhere, but to move it with any degree of speed you need to pick it up.

Automatic grenade launcher need to be deployed and are extremely heavy, usually, you need a whole crew to operate one which make them extremely vulnerable to a few well placed shots especially considering the deployment time. I dont think it is necessary to reduce the blast radius of the grenade launchers especially since those would be more of an anti-personnal weapon than a raid weapon.

Crew served weapons would generally be funky. On one hand they’re fairly lethal in head to head. On the other, some dude with a scoped rifle can send a slug through your chest and kill you before you even knew they were there.
Also, you’re dead meat for explosives

I think an automatic one could work but if its a super heavy gun like jugernaught slow, that way its like a super powerful weapon but your very vulnerable to sniper fire or just shots from a distance in general

That is exactly what HE would so that, compared to for example normal payloadless ball ammo…