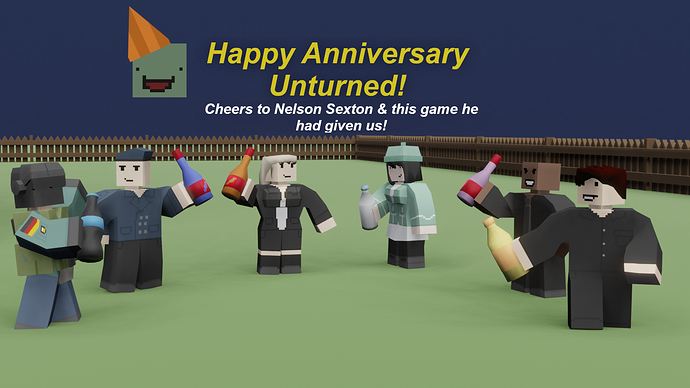 Happy anniversary to this game! I don’t know what it would be without it that Nelson made for us.

Like I said in the last post, I’ll introduce you to the characters in the render (excluding the man in Navy Blue, that is indeed me) but that’s not important if you aren’t gonna ask who are they in some of my renders.

From left to right: Ace - Pilot guy who’s cosplaying Jager for now, Ayanna - cheerful lady who just wants fun in the Unturned world, Luxia - one of the newest addition to the group & is quite the shy one, Morroco “Bash” Ivans - loud & rough man who is short-tempered, & Auston - assistant of Bash & helpful to other people too.

then your dastardly plan would finally be complete

Not a plan I have thought of, but thank you for telling me that I can apply this to NPCs. On the topic of NPCs, it’s nice to have but it’s so complicated that I might need to do a collab with an NPC modder.

You can do a lot of things with NPCs surprisingly.

I’ve seen normal objects used as NPCs, like vending machines you can buy loot from and things like that. so it’s definitely doable

Yeah I can easily do that but regarding about making a dating simulator, that’s going to be complex so I’m not gonna do that.

I’ve seen some pretty low-effort ones in the past, you could have a brain the size of a pea and make an amazing one.

I wasted years of my life on this game.

i rather die before i become a 4chan user

Indeed, that would be hella complex and hard to make. Since there would be different outcomes.

They would kill ya anyways

4chan users are built like yanderedev, they wouldn’t stand a chance against me 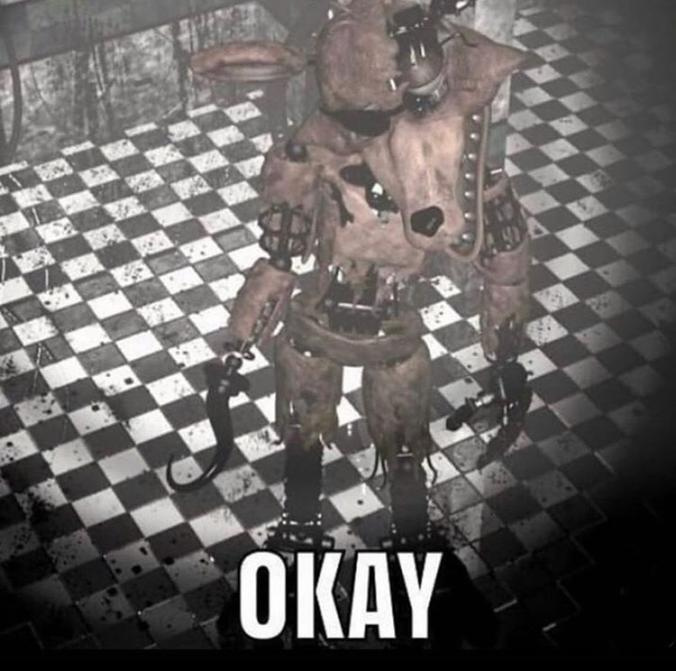