Helmets do not hide hair

really needed, bald head with specops beret does not fit my char

I think people would take you more seriously if you put effort into your posts.

I guess you can’t be a general and have an afro at the same time.

For Unturned 3, I’d assume Nelson would have to create different hair styles to appear per hat. There’s a lot of hats, and there’s a fair amount of hair styles, so this would be quite a fair bit of extra work, to be honest, as to avoid clipping issues.

Unturned II would be more open to alternative methods of handling this, such as through negative parts, or hair being several meshes instead of just one. Unturned II might go the same route Unturned 3 would need to go through, but at least it’d be done a lot earlier and “simpler” than it’d need to be Unturned 3.

Although I don’t think Unturned 3 should have this fully implemented, the current systems for it can be expanded on. Currently, clothing items can override hair, facial hair, both, or nothing. For example, the Obi doesn’t hide anything.

This way, although the afro and spikes would be hidden by pretty much everything that already hides them, smaller hair styles have a chance of being shown still (ie: when wearing a Cap with the shortest, most default-looking hair ever).

Obviously, not the best solution, but it does help. How much it’d help is hard to know without going in and checking manually, per hat and per hair, but if there’s a fair amount that can be done with it, then it should.

This could also be expanded on with just having one alternative hair style for when certain hats are worn (special tag could switch between the two styles), so that your afro and such can also fit with the system, but I think that’s getting to be too complicated at that point. If this is done, however, some hair styles’ “alternative style for when wearing certain hats” could be one of the other vanilla hairs available. ie: “generic-looking medium hair” has an alternative style of “generic-looking short hair.” 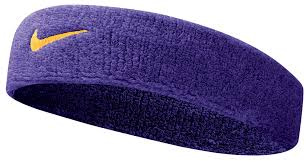 Unturned ll better have those