HMD doesnt have a rarity? 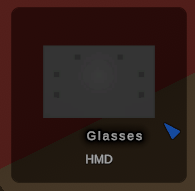 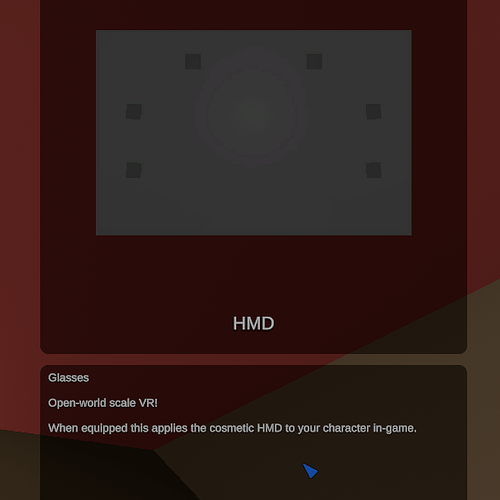 i would say more of a rare item rarity, like the plushie items

i personally would say the HMD should be Gold in rarity as its a promotional item.

Could have sworn that rarity is reserved for the actual gold items. This is what promotional items look like. 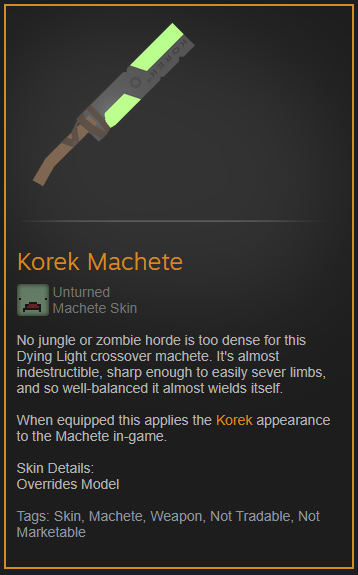 Yeah, there’s a lot of items without a “named” rarity, which instead just have some themed color (BattlEye yellow for the BattlEye Halo, Twitch purple for the Twitch T-Shirt…). Here’s some of the items that don’t have named rarities:[1] 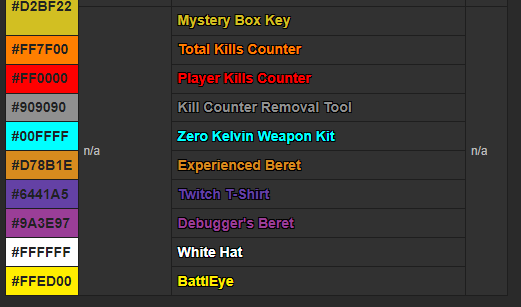 As you mentioned, gold rarity is only used for items from Gold DLC, Pre-Steam Veteran DLC, and Early Access DLC. Although there’s technically gold-colored items that don’t have a named rarity (e.g., tools like keys and mystery boxes).

I’d personally love to do a pass over rarities, but messing with the Steam Economy can be funky. A lot of items have value placed unto them by players, based on their current state/traits.