Remember the horribly mutated character model that was shown in the first devlog?

what if there was a low chance that a zombie would spawn with this model, nothing
different to him other than his model.

that or a prop in a S-7 lab cylinder tank

that would be awesome if it just randomly spawned very rarely

Could maybe work for a new runner model, idk

looks like some sort of abomination I would want to exterminate

That seems shady. Very shady.
Almost like something a Shady Individual would do.

Can it also insta kill us on sight with the cause of death being ‘eye cancer’?

Combination of the two? 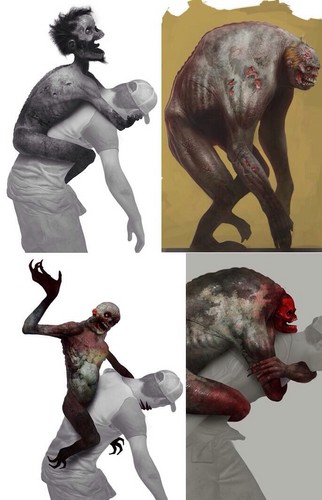