How did Nelson make PEI? Does he use the Editor to make official maps?

Prior to devkit, Nelson presumably did use the legacy map editor, while after the release of devkit Nelson used almost exclusively the devkit editor IIRC.

Is there anyway for normal players to use Unity instead of the editor to make maps?

Unity is for configuring/bundling items, vehicles, and other related content to work within the game. It is definitely not for creating maps, and I see virtually zero reason why you’d want to use Unity editor to do so regardless.

I guess its probably not practical, just wondering if its possible to do so for learning purposes. I find it hard to believe that Nelson would have used the legacy map editor for PEI. If not Unity, he must have used some other map making SDK… but I believe there are tools within Unity for creating terrain/maps for your games. 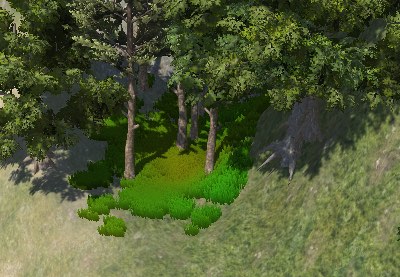 Unity is a multi-platform game engine developed by Unity Technologies and is used to create video games and applications for a multitude of devices (PC, consoles, mobile devices, and even...

just wondering if its possible to do so for learning purposes.

I find it hard to believe that Nelson would have used the legacy map editor for PEI.

That’s unfortunate, because he did.

I believe there are tools within Unity for creating terrain/maps for your games.

Every single map of official, curated, or workshop origins that have ever been made in the history of Unturned 3.0 were done through the legacy or devkit editor, sometimes both. Unity’s integrated tools have never been used.

I find it hard to believe that Nelson would have used the legacy map editor for PEI.

The legacy editor is not only the easiest editor to use, but at the time of PEI’s creation it was the only editor to use. Again, Unity is never used to make Unturned maps.

…Do you have any reasons for that?

…Do you have any reasons for that?

Just because that would mean he made the editor for the map before making the map, and also because of how similar the tools seem to the built in Unity tools. I’ve always just assumed the editor was made for the communities benefit not necessarily Nelson.

That’s unfortunate, because he did.

Are you saying you know he did? What is unfortunate? Sorry for my English if I upset you I just mean to say surprised like happy not like fake

. Not my first language I don’t know what I did wrong!

The editor came before PEI.

(albeit in a much more limit state)

The first map in unturned 3.0 was not pei. It was alpha valley. Obviously, you would have to make an editor before you can make a map, otherwise how would you make the map xD?

Are you saying you know he did?

Yes. Map development was livestreamed (although the streams aren’t available anymore)—and it’s not possible to import Unity landscapes into Unturned, because that was never implemented.

I even suggested a police roadblock during that stream lol

I remember playing around with the level editor during Devtest days. It’s been a thing since the game begun.

The first map in unturned 3.0 was not pei. It was alpha valley.

The OGs know it as Devtest_1

But yeah, PEI was actually like the fourth map or so in Unturned 3.0, considering Devtest_1, Devtest_2, and Canada (all of which have been removed).

How dare you forget Flatgrass

Flatgrass came after those IIRC.

If we include the accidental release of “largetest” in 3.3.2.0, then that’s another map we can consider as having predated PEI.

This hurts because I actually included it in the original response before double guessing myself and omitting it.