I made a launcher for Unturned in C# and Visual Studio

Post suggestions in the comments and lets see if we can make an awesome community launcher filled with features!! 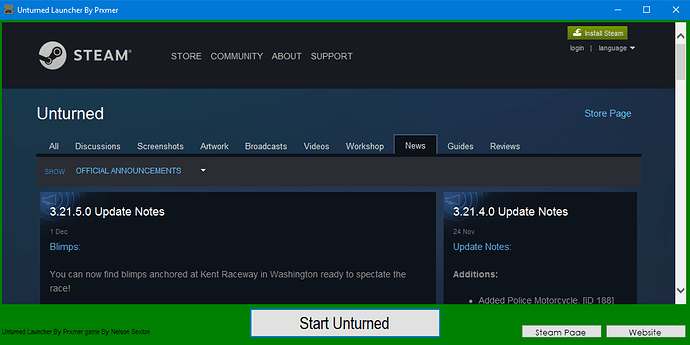 What do you mean @Whistleblower

i mean look at it

it was just a quick mockup made in 5 mins @Whistleblower

I really don’t see the point of a launcher when we can just use Steam, which is just as efficient, if not more.

Unless we get something like Minecraft has (selecting different versions of the game, including modded versions), a launcher for Unturned isn’t a necessity.

What features? All I see is a launcher. Steam already does all of that.

yeah thats what am asking for suggestions

so you make something and THEN ask OTHERS what can be done with it?

well i didnt really know what to add