I think I'm tired of humans, waiter please bring me a cow

Even if the title is bad, basically zombies can also attack and kill animals like dogs, horses, cows, etc., useful for cases where you are walking through the city on horseback and gets cornered, although it is a cruel attitude for survival that you gives of the horse and while the zombies attack the horse (that defends itself with kicks) you run, if the unturned 2 has a mechanic equal to 2.2 where zombies walk on dirt roads aimlessly one or two zombies can go to a creation of cattle killing the cows, you need to kill them, train dogs to attract zombies, zombies can try to hunt deer and other animals, zombies can be killed by animals.

Mr. Waiter, bring me a cow
Make it the cutest, than I’ve ever saw…

how come you have perfect English in your titles, but not as good English in the post? /s

I think the Turned should prioritize players over animals or vehicles. 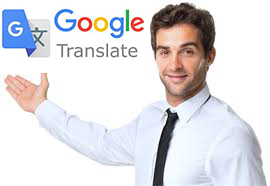 I’m sure it will be a thing, despite the chances to be very unlikely (Depends on what kind of enemies we’re having)

ok, now this is epic

Why not try typing one copy of your post in your native language?

This is what I do but the translator takes some phrases and especially punctuation, Brazilian Portuguese is more complicated than Chinese.

I think animals that are killed by an infected shouldn’t drop any loot.

Just so people don’t use infected as hunting tool.

Or dead animals could become turned, in the same way that players can.

It is very risky to bring an infected to follow an animal that can escape, in addition the animal would only be dead if you were cornered without being able to escape, would not you return to see the loot near 40 zombies would come back?


Maybe if the Turned get to a corpse before you skin/gut it, then there would be less meat to harvest.

i think its a good idea being able to sacrifice your horse as your last option for survival, also it would be nice if you could train your dog to protect you against zombies

I think as opposed to a dog attacking zombies, it’d be more reasonable if the dog would bark to alert you to threats in the area via its smell (such as other players present in a 200m radius or zombies very very close by). As a last resort (e.g. if you are about to die from a zombie) or if you’re fighting a player that is very close to you, then I’d expect the dog to step in. The strong bite force of dogs is enough to present a considerable attack against players (maybe even biting onto a player’s limb and forcing them to deal with the dog first!), though there is a tradeoff in that the dog itself is very vulnerable to ranged weapons.

You could of course choose whether you want the dog to bark or not, for stealth reasons I suppose.