Ideas for a new game modes?

So I have been thinking.

How do I bring back people to Unturned?

And I was thinking along the Lines of 15 versus 15 Team battles with Vanilla assets. So Basically you start out with a Axe & bedroll or pick & bedroll.+ one Random Material Like rope or Tape for both sets. 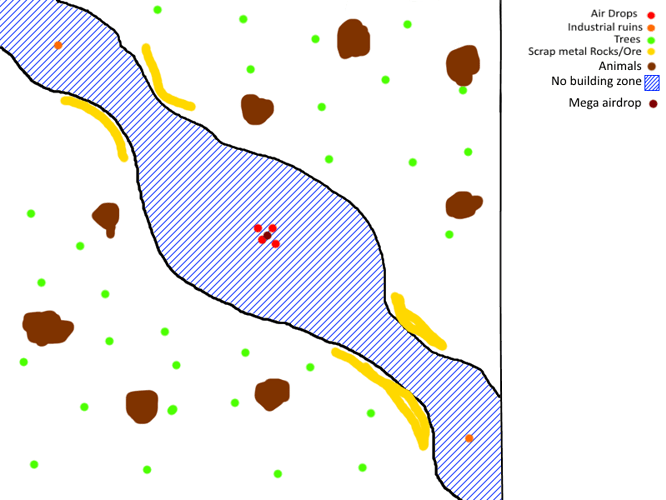 Team matches800×600 60.4 KB
Winning this team games gives 10-15 Material crafting.
Criticism is needed for I feel this plan to bring back players is a bit flawed.

I Also thought of a Puzzle game that is Generated Randomly and will give 5 material crafting from completing every week.

Could you elaborate more pls?

Either way, from the surface it reminded me of the game Foxhole

Well think it of this. You and 29,15,or 7 are thrown into a randomly picked map of 16. After that you start off with limited supplies plus with your teammates. both teams are to destroy each other beds to win. your allow to build. there will be a no build zone along the line in the center of the going outward to the border of the map. After one team has won they get kicked to the menu page to claim their rewards of crafting Material.

I almost forgot that teams are randomly made to prevent amassing good players on to one team and steamrolling over the other. I was hoping that it could be a official thing that only a very few people turn into a server with permission from the creator - Nelson himself.

Maybe, but I don’t think Nelson is up for adding gamemodes and host official servers for them in Unturned 3

Me and my “team” had a good arena map idea, we were a good way through it until we stopped for some reason