The screenshot isn’t mine, but till some time later when the update will be released, you can switch to test branch to play with ladders yourselves.

I’m not adding information regarding this mechanic so it will be something like a teaser, and so you can try it yourselves. 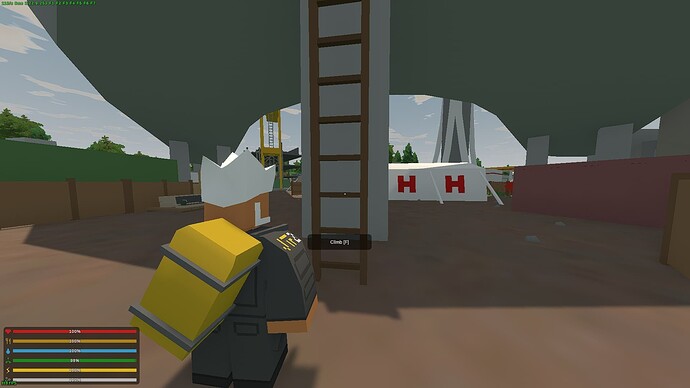 How about a poll?

what happens if your press F on a horizontal ladder

Did a whole bunch of testing to see how it works, and what would possibly break, or some possible bugs and glitches. And from what I experienced its very well implemented. All it really does is snap the player to the ladder easily, kinda like a “grab onto” button, and there’s plenty of things in place to stop weird exploits and keep the player from glitching into the ground or into walls.

Plus you can still use ladders normally so I’m happy, you don’t HAVE to press F to get on/off, it’s just there so you can press a key to connect to it. I see no reason for it not to be added unless some major exploits are found.

Actually I tested it too after being inactive on Forums, what needs to be said is that I was only speculating of how it was implemented and after figuring it all out in-game I’m fine with how it was made.
So, in retrospective to myself, speculative criticism I’ve been making isn’t relevant.

I know this may be a joke question, but of course your character movement coordinate lines doesn’t change, and the character can’t rotate.

Okay, so here are some experiments that I made with new additions.

This is the test polygon that I built using basic tools of map editor (and a little bit of devkit). 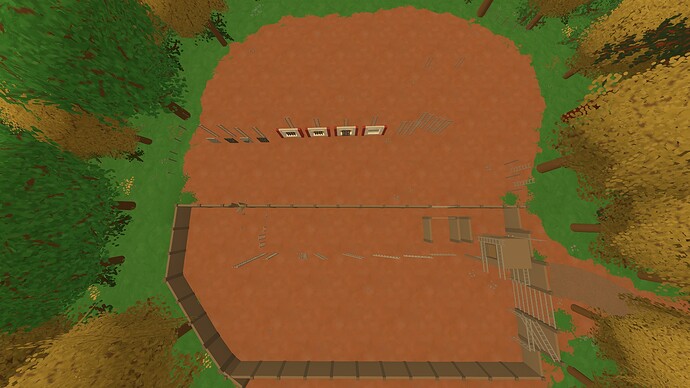 Bottom area is for playing on ladders with new instant climb addition and top one is for testing some features of it.

Every barricade I checked here, whether it’s a door or it’s a bars fortifications don’t let you going through it and climbing onto the ladder while pressing F.

I placed an Ice (#2?) object backwards and tried sticking into ladders, but unsurprisingly you can’t go through colliders.

P.S. I know, first 2 experiments are boring, but they were needed to be done to test default obstacle conditions.

Third experiment, however, is a lot more interesting.

I placed 2 volumes (Kill Volume and PlayerClip Volume) in devkit and as usual tried to use instant ladder climbing through them. After that, not only I had an ability to actually do it (UI “Climb [F]” element had showed up), but teleporting through them didn’t cause me to die or to be blocked.

Summary: Nelson should probably work on defining certain devkit volumes as ‘obstacles’ to prevent players from teleporting on ladder objects through them.

Honoured that you guys did so much testing! Glad that it seems robust. Interesting point about some of those volumes - technically the regular ladder climbing would also ignore those, but on the other hand I think it is unlikely there are any maps with a trick kill volume in front of a ladder.