Is it legal when people upload Assets from Unturned to Redbubble and then sell them as merchandise?

I know that this is me snitching (I might get the stitches), but does Nelson or anybody who currently owns Unturned thinks that it’s a violation. I think that there should be different types of merchandise besides just virtual in-game items. I would be nice if there is something like an orange, pastel yellow and cyan plaid tee.

Here is the merch I’m talking about: https://www.redbubble.com/shop/Unturned?ref=search_box 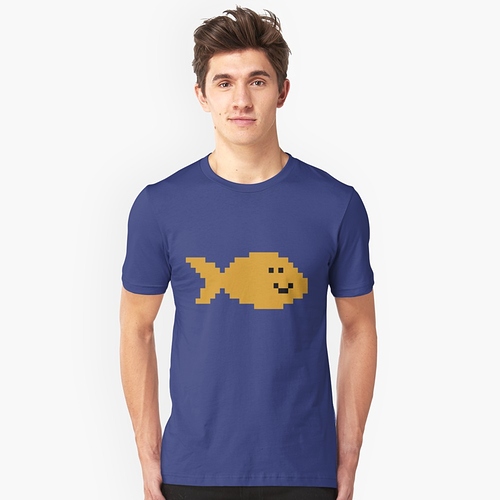 Someone is selling a legit fish shirt in real life.

I was expecting a crappy site, but this seems mostly respectable (albert a little cringy).

If I was nelson I whould not care, unless he decides to go into selling merchandise.

Personally I don’t know if it’s legal (I suspect not totally) but whatever.

Is it legal when people upload Assets from Unturned to Redbubble and then sell them as merchandise?

-ish. I don’t believe SDG has any trademarks at all. However, Nelson could still very easily send a Cease and Desist and they’d most likely have to follow it.

Personally, I wouldn’t be surprised if Nelson is going out to meet people in person about merchandise as the “unannounced Unturned project,” but otherwise I don’t think Nelson will shut it down.

Some YouTubers still could though (EDIT: the parts using their likeness) if they wanted, as their personalities are used for some of the shirts. BattlEye technically could too, I guess?

I kind of agree. I also think that Nelson doesn’t mind about the merchandise from Redbubble due to Youtube content or Fan tributes.

Well, they should at least go all the way. tbh the shirt kind of looks like trash with the blue background.

To Take your favorite game with you everywhere • Millions of unique designs by independent artists. Find your thing.

Not really relevant, but LPT: never be afraid to speak out about something.

Don’t let yourself be silenced, let your voice shine through!

Buy this if gay

If I was nelson and saw someone casually walking about holding this I whould be creeped out. 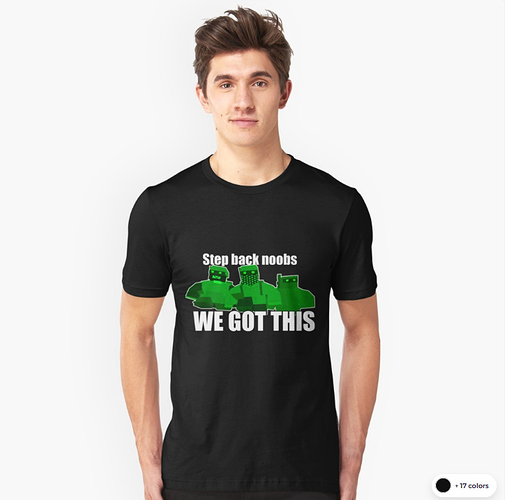 They need a shirt with /give 132.
(trust me, no unturned clothing business is complete without it.

Hey now, I’d be gay for Nelson. Who wouldn’t?

This is too homo for an Unturned fan.

The person who would wear that type of shirt would be a toxic pvp stream sniper.

Stream sniping is boring af tbh. I streamsniped one person in 2k hours over a few accounts and he was the worst pvper I’d ever seen. If I was right in front of him he wouldn’t shoot for 5 seconds

Im also referring to the children and the 3.0 lovers

I love 3.0 and that shirt is an abomination, what are you implying?