Is this dead yet? 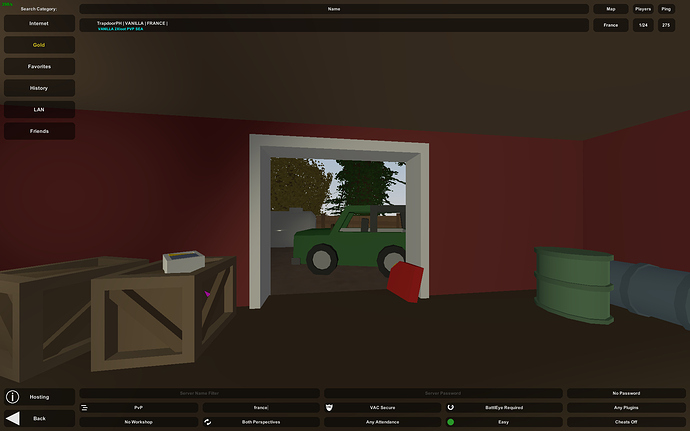 Maybe but so is eaglefire

Nothings showing up because you have no workshop selected, France is now considered a Workshop map. Only one map is showing up because you have France typed into the Map filter. That server probably doesn’t have France’s workshop page linked (which a server that’s running a workshop map probably should do), and it’s also probably running the map from before it was transitioned to the workshop.

Keep in mind the server probably has high ping because its located far away from you. Assuming you’re on the East Coast of the US, the server could be in Canada, Midwest, or West Coast.

It is a Philippine server hosted in Singapore. Nice find, I could get back to playing Unturned on a low ping server now.

That is if player count spikes at evening.

France has been migrated to the workshop. It is no longer in the vanilla game, so searching for France without workshop enabled is mutually exclusive.

To me I like playing dead servers. Sometimes it’s nice to have your own base with only a few people online, knowing you can hide it and it will still be there in the morning.

I think servers with a whole lot of people always on aren’t too good, people just kosing each other all the time and it creates a hostile environment, as a few assholes will lead to the rest of the people being pissed off at them, and just ruins the mood and is shitty to play.

On servers without so many people, people tend to be much friendlier as they are there for survival rather than PvP. So you can maybe make friends with someone, have a base, and have a chill experience.

I played on France today and there were 20 people on the server (semi-vanilla), so it’s not dead.

I figured France was such a great map that he wouldn’t remove it, but I was wrong.

Jesus christ, it’s better than like every map we have now lmao why would he remove it. 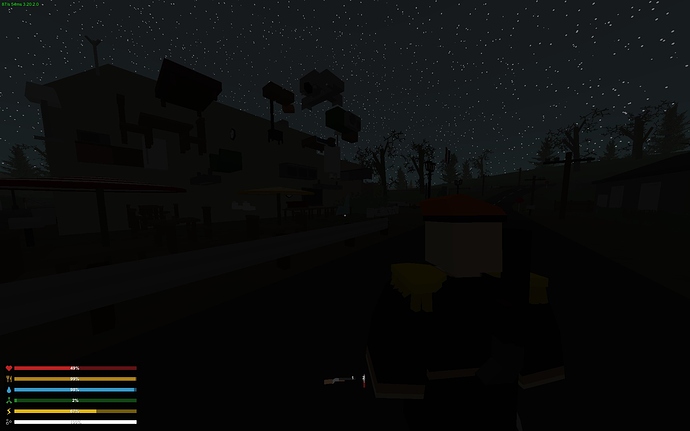 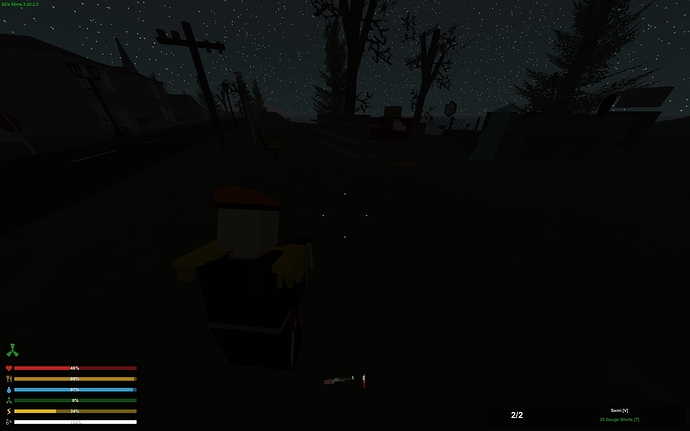 what happened while I was gone? lol

“The past few days I’ve been busy on some updates for 3. I have to update 3 to Unity 2017.4 LTS before the end of January 2019, but I want to give workshop creators plenty of time to update their content because asset bundles will not be compatible. Among other changes I’ve added some (fairly obvious) features to allow multiple items/objects/etc per asset bundle so that all assets can be updated in bulk more easily, and transitioned Hawaii and Greece to this system. Most likely Hawaii, Greece, Cyprus and Germany will be moved to the workshop to increase space for future curated maps.”

You could assume this also carries true for other Curated maps. New curated maps are always released on the workshop, not added to the files. Moving France to the workshop is part of this transition.

Ignore the bit about Germany, Nelson has since changed his mind about removing it from the game, since it doesn’t increase loading times.

Jesus christ, it’s better than like every map we have now lmao

Put a moyai hat in the stockpile, then everything will be complete.

I’ve seen it spelled moyai somewhere, but that might just be me

Apple spelt it wrong in the emoji.

I figured France was such a great map that he wouldn’t remove it, but I was wrong.

Every curated map is eventually retired to workshop. Even Hawaii was recently(?) removed.