Is Unturned II ever gonna appear in the Epicgames store?

So over the past months I have always asked myself if Unturned II is ever gonna appear on the Epicgames store. After all it is being developed with the Unreal Engine 4 by Epicgames…

PUBG was also made at Unreal and was initially released only on steam, although at the time the epicstore did not even exist, so the possible answer is the same for those who have doubts whether Unturned II will come out to consoles: It is not impossible but it is not in the current planning.

The thing is that the people behind Pubg received help from Epicgames with coding. Then Epicgames just plagarized the idea of battle royale thing and you know the rest of the story. Could be the fact why Pubg isn’t on the Epicgames store.

Being a free game with an already existant (huge) community on Steam I don’t see why it would go there.

Probably not. Steam has a lot of nice features Unturned II will use that the Epic Games store does not have yet. I would also feel uncomfortable switching platforms considering that Valve has kindly given us a lot of leeway with the Unturned II beta.

You are suggesting to abandon the community built on Steam, disregard the benefits and tools of Steam the dev can use, and commit treason by switching platforms, all for getting more $$$.

I’ll just throw in that it has already been discussed in the past that the game ain’t coming to EGS just because they own a particular game engine. Devs aren’t obligated to join the game store for using it, as you can see that a lot of games out there on Steam use Unreal Engine.

And so, the answer from the dev pretty much clears that question.

to abandon the community built on Steam

That’s not necessarily what he’s talking about though from what I understand. I see it as “Will UII be available on EGS as well as Steam?”

The platform is shitty anyway. The games they’re giving out is nice and I’m definitely trying those out but I refuse to fund Tencent unless I’m forced to.

I know, I was kidding the first half of my post.

Even then not a lot of people are gonna like it being available on EGS.

@SDGNelson Ok, thanks goodness. I was worried for a while because I don’t like the Epic Games store. It may or may not have something to do with a certain company that owns 40% of Epic Games.

Steam seems to have a wider range of support. Plus why abandon it now.

You are suggesting to abandon the community built on Steam, disregard the benefits and tools of Steam the dev can use, and commit treason by switching platforms, all for getting more $$$.

good job dragging politics into this

from my anti-politics thread: 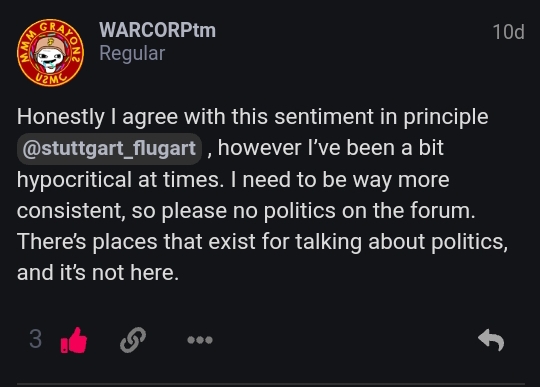 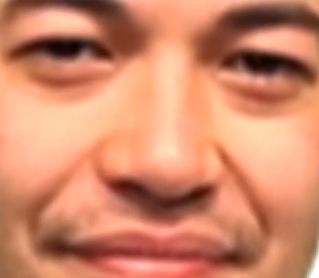 your social credit score has now been decreased by 40%

i just hope it gets ported to Wii U

I attempted to minimize it. You two are still right to call that out.
@Elisonn
@stuttgart_flugart

Nelson should collaborate with fortnite

I will smite you.