It comes once a every 100 years, we must stand United and place our symbol here.
(edit) we changed locations due to us being destroyed: the new location is at (752,646) 1.5x

We full the whole box with green then we draw the face. 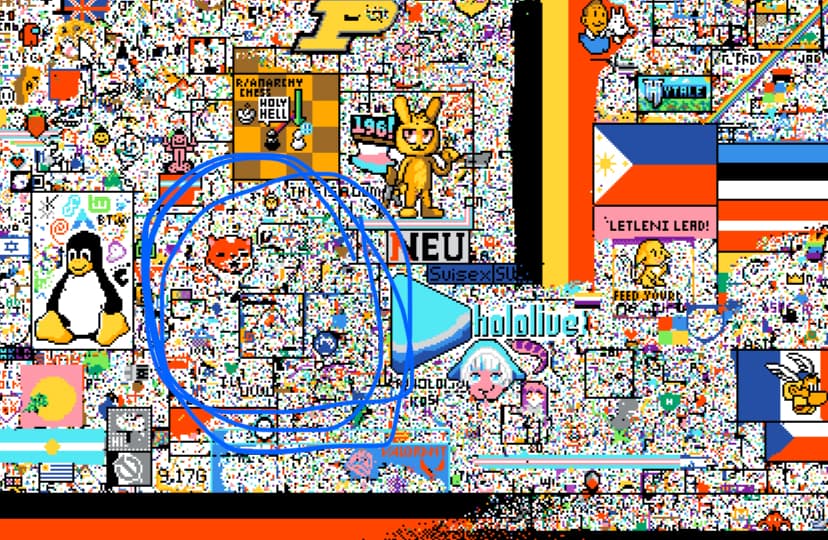 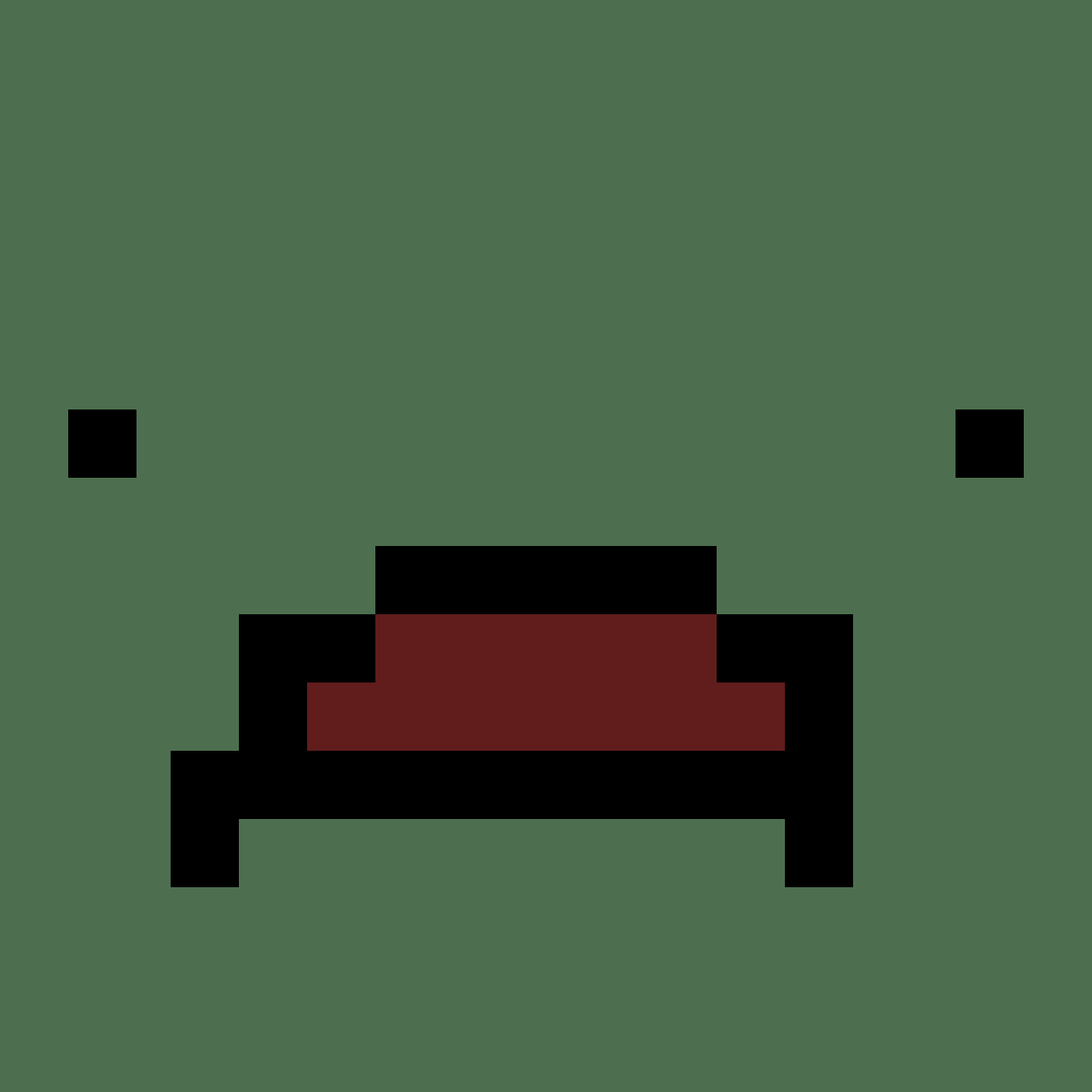 We need to relocate, they took the space

What’s the point again? r/place is basically whoever has the most bots = wins. Speaking of that I should totally shell out for a hundred bots constantly painting a Russian flag.

no machine will overcome us 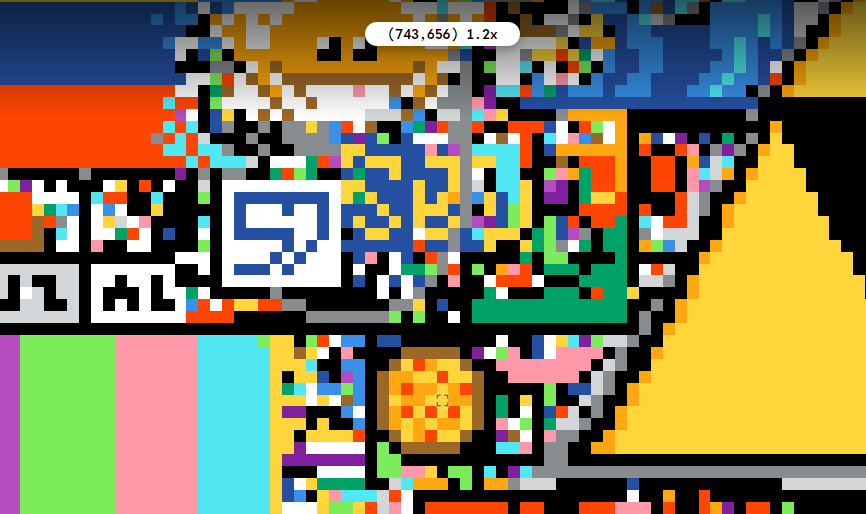 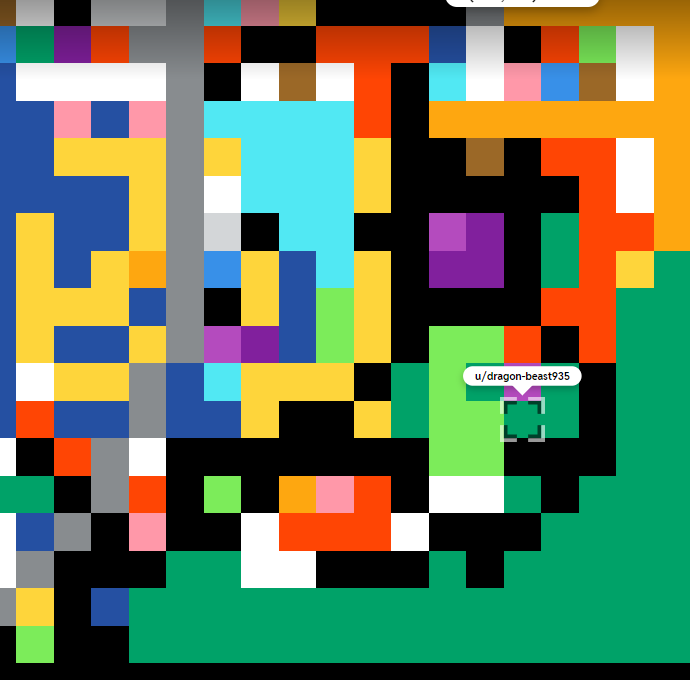 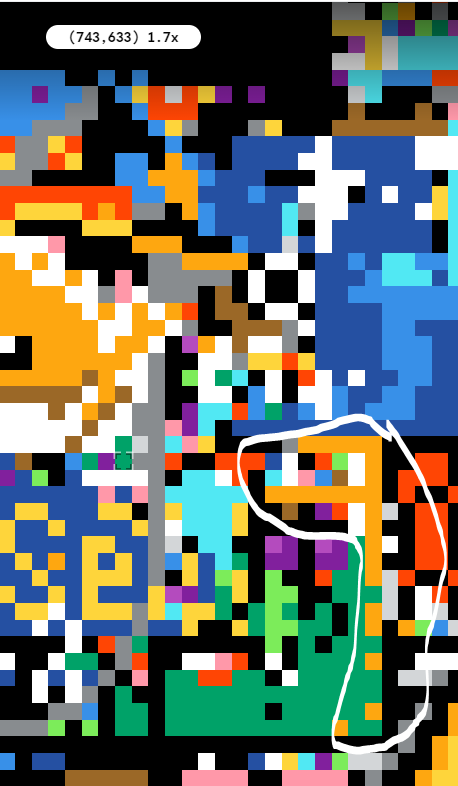 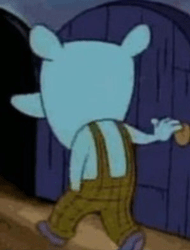 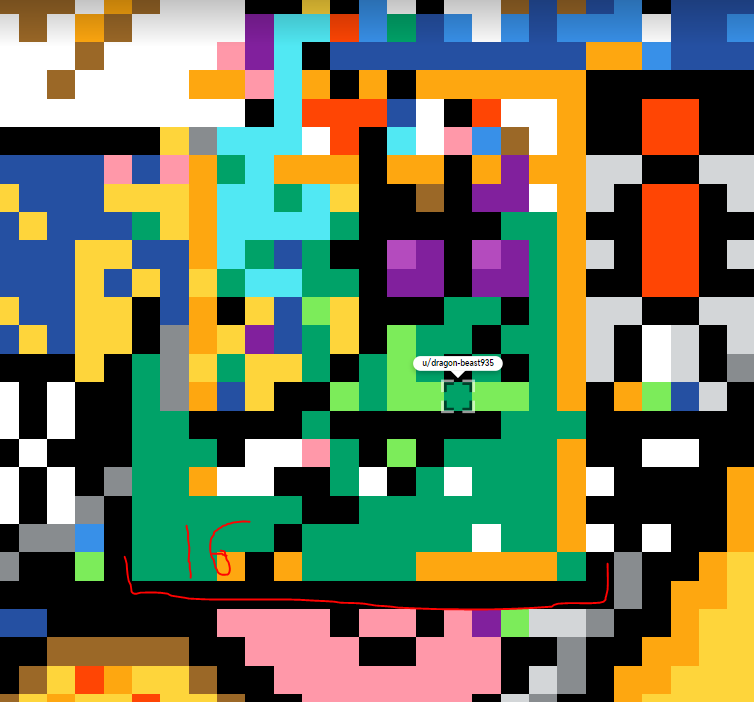 we got one side to 16 which what we want 16x16, we shouldnt just defend we should define our borders too. 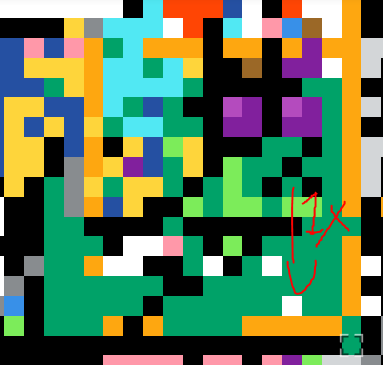 we must go one pixel down, we dont want to attack the crab guy above us)
-Lyeont 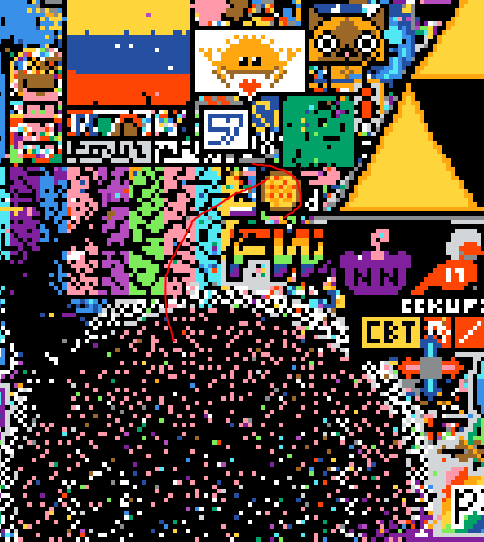 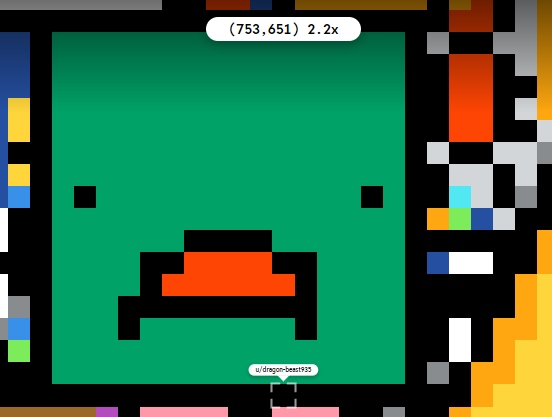 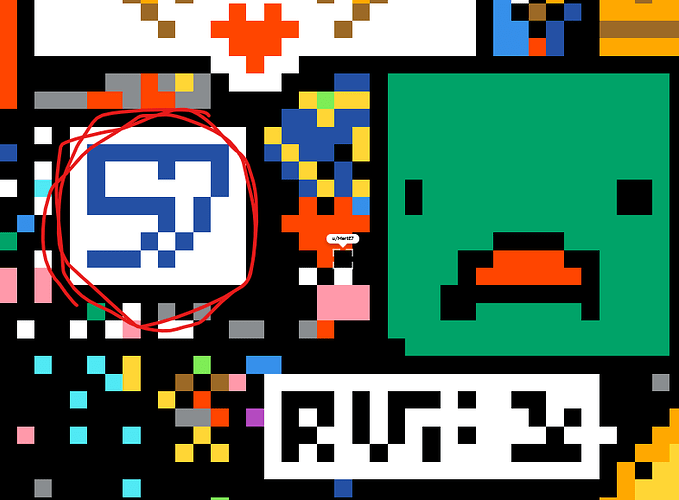 We are your neighbors and we come in peace. We are one of one of the last things that stay between you and the complete void. If we go down, you’ll have problems. We ask for a bit of protection. We will also help you in times of needs as a show of good faith.

i spread the word that there is peace amongst us, also watch out for the car, it has some tall legs. 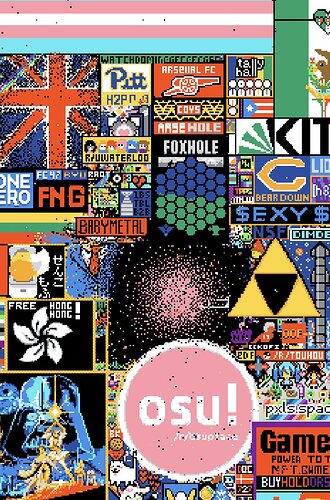 Sorry for the late news.

Here’s everything you need to know to aid us

Help us fight against the British Invasion 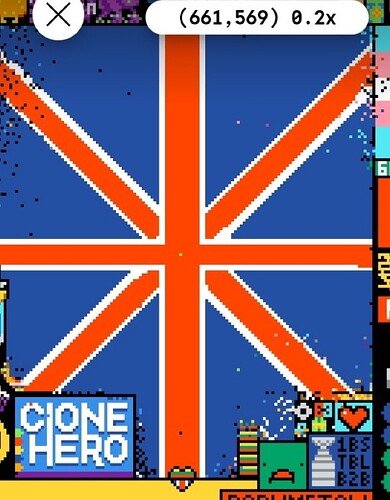 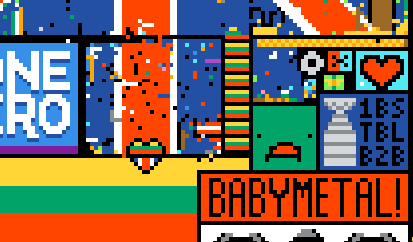 Update:
The current state of Zombie Face - it’s done, it has right size (like the original 16x16) setted in the center and we have black secured borders.
News - today we moved the face 1 pixel down to justify the proportions, had an ally with r/TemplinInstitute (their art was above us but now it’s dead because of brits, they’ll rebuild tho), have seen a war between Void and British Roger Flag; Lesbian flag and Roger’s. For the first case it’s still not ended and Roger haven’t made any success, and for the second - Lesbians won British and have expanded their territories.
Now, our goals is to protect Unturned Logo / Zombie Face in any way - defend the art against trolls and any other raids, have diplomacy with others and DON’T ATTACK ANYBODY.
We can’t expand, and so the tile size will remain 1x1, thus picture will still remain 16x16 pixels. We won’t build anything else. We are aware of enemies agression and already have plans for relocation and rebuilding - that’s why in any case we won’t attack anybody.