Ideas for items that would impact how you and the environment interact. Kinda of a niche topic but eh

I just had a genius idea; attachments for certain cars.

Snow plows that can be attached to certain trucks or something
Maybe different kinds of car tires, snow tires, sand tires, stuff that interact with the environment. I think that’d be awesome. Or maybe like you can replace car windows with bullet proof glass. Idk I’d appreciate if you upvote the idea if you like it.

My idea is something like snow shoes or something that make it so whilst walking through snow it leaves either a less noticeable foot mark or none at all.

winter clothing that actually help you during a blizzards.

maybe have desert storm type stuff like uhm whats it called… dust storm? And bandanas help you see better or something idk. Also add it so when you go through sand it leaves a trail too like snow but maybe less exaggerated or it goes away faster 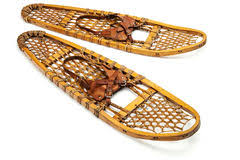 A modular system for vehicle modifications has been considered in the past by Nelson, so I really wouldn’t be surprised if this were to make it into UII.

I really think that making Vehicle customization would boost it into the future. I mean you can already replace windows with bulletproof glass, attach plows and replace tires in real life. These aren’t just RP aspects they could be useful for survival things to. Example; if theres a deadzone in snowy area you might want snow tires on ur vehicle so you could get in and out faster, spending less time in a potentially toxic area. Or in a pvp server you want bulletproof tires so if you go over caltrops they dont explode or if they get shot explode. Or bulletproof glass for similiar reasons. These aren’t huge changes in terms of gameplay necessarily just maybe it would be hard to code in but idk about that

To be honest I really want a vehicle customisation option .
Adding snow plows , new glasses, tires would be a great idea .
But you know what would be better ?
Attach rockets thrusters , wings and fly around.
Exclusive to Unturned II Top Gear map

Lol, well I think if there is a vehicle customization imagine the insane workshop items aswell.

As I said , thrusters on your APC are needed for much badass style when rolling over zombies

who the fuck said thrusters on an APC?

Me , I want a workshop mod with thruster we can put on APC

oh a workshop thing. I thought you actually wanted this in game

Snow shoes would probably just allow you to move much faster in deep snow or have less of a chance of breaking thin ice (if the latter is implemented). Various other equipment to handle the environment around you would be nice to have as well, such as attaching tarps over your clothing to stop yourself from getting soaked by rain, or animal pelts to insulate your clothing against frigid cold.

Being able to build with snow would also be pretty neat, although that topic would require some more in-depth discussion since I don’t know the best way that it could be implemented. Thoughts?

I’d love to see snow maybe theres like shovels and you can just form snow piles like that, nothing insane. Or snow gloos could be a thing