Jump cool downs so people cant Bunny hop like they can in unturned 3.0

if my default jumping height is 5 feet, i will jump 5 feet every time i jump as long as im not spamming.
if i jump several times in a short period, then my jump height will only be like 2 feet so jump spamming isnt viable

This is the best idea you have come up with in all this time and i love it, in fact I would never have thought of giving a cooldown to the jumps. Here i put some additions to ur idea!

This would transform the jump into a risky move that would take away precision, energy and also attract the attention of others when falling.

I love this idea.

I think it could be used offensively as a risky and probably suicidal tactic. Similar to when you jump in CSGO or games that require precision.

that would be nice if it was only for light-weight guns like smgs or pistols, you shouldn’t be able to jump peek with a shotgun or an LMG tho

Although realistically speaking, it is possible to jump with a heavy weapon in hand but it should DESTROY ur stamina

however it is impossible to land an accurate jumping shot without luck. That’s why I think the possibility should be there, however the recoil and dispersion should help to keep the probability of this to a minimum depending on the distance.
This would not be broken if in addition to the high recoil of jumping, we add that the shotgun shot would disperse greatly in the air, so that if the case arises, the shot would not kill the person instantly, since not all the pellets would hit him. This would give the person being shot a chance to fight back.

It’s a complicated question… Is it possible but… should it be possible? It will depend on our favorite developer Nelson Sexton.

And as a last addition, I think that jumping should exhaust considerably the energy of our player, and even more with the weight we carry.

As an ex body builder and current cyclist, I can tell you are either very fat or never ever lifted a weight.

Took Strength & Conditioning throughout high school, and agree with this 100%. Unless you’re doing rapid fire box jumps or carrying significant weights, jumping really shouldn’t be an exhausting activity. I’m sure you could balance it around inventory weight or character skill levels, but that seems unrealistic and unnecessarily complex assuming the character is of average strength.

@BraydenBomb Of course I want fun 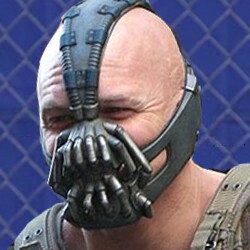 Im talking about balance to the game my friend, not real life. And no, im not fat.

I just reread what you said and compared it to what I said. I think I expressed it wrong, I meant that jumping with a weapon in hand should drain more energy, the post in general is about adding a cooldown between jumps to avoid jumping pvp.
What would you suggest?

It is true, jumping in itself does not exhaust, what could exhaust would be a long repetition of the jumps, which would lead me to an idea in which jumping several times in a row would slow you down (as in csgo).

in Unturned, you don’t usually go naked without stuff, you go equipped, and little by little you load up with items, try jumping 20 times with a backpack full of food, a gun, bullets, and other resources. The point is that a game will not be real as life itself, and there must be adjustments to make it fun.

When we have physical education classes we just wear shirts or shorts, and we don’t have anything that hinders our movement.

but that seems unrealistic and unnecessarily complex assuming the character is of average strength.

Finally about this… I don’t understand what’s so complex about this mechanic, it’s simple, the more weight you carry, the slower you go, the less you jump and the more tired you get. Do you think it’s realistic to jump with weapons, backpacks full of objects? And if we “assume” it was realistic… Does the game have to be realistic? It’s a game, it has to be fun and balanced for everyone.

Just as he says.