Just putting up a few map ideas I’ve had during my time playing unturned. I might make a few of these someday once I learn a little more about how to use the editor, but fell free to take some inspiration or just copy it word for word, I’d love to see some of these happen, even if I’m not the one making it.

Well, that’s it, I would love to hear everyone’s thoughts and feedback down below.

This idea of the first map is incredible!
I’m probably going to start playing with maps a bit (again) when Unturned 2 comes out (if it has an editor, which I’m pretty sure it will). 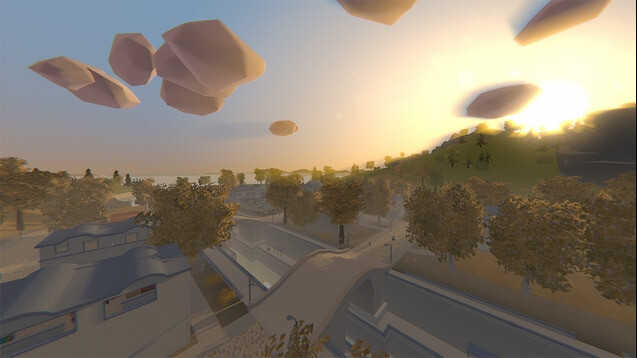 Thanks, I’ve been thinking about this one for a while now, a lot of the “survival-focused” maps I’ve played just give you barely any food and water and you can still get full military in just a little over an hour. I think U2 will have an editor, and even if it doesn’t I’m sure the community will jerry-rig something up.

Looks cool, what maps is that?

It’s Greece. It was made by the same group that made Hawaii and Russia. It’s really close to the first idea you put, but it’s not super well made and isn’t very survival-focused.

I used to make maps in Unturned, I started doing one paying a lot of attention to details, each house had a completely different interior and that told little stories (which probably only I would understand

), but then there was a very strange bug in my Unturned (I also wanted to run Unturned on a Celeron of 1.1Ghz and 2GB of RAM) so it was not Unturned’s fault.
With some years I bought a better pc, but I lost that charm that I had to make maps, personally I hope that in Unturned 2 this pleasure in making maps comes back, and I do something.

I hope that in Unturned 2 this pleasure in making maps comes back, and I do something.

Making maps on Unturned is already easy after you get into the habit, as you go exploring and breaking your head (I hope this expression makes sense in English) at the beginning, it gets easier and easier until the time comes when you’re doing more for fun than anything else.
Salons of my old world, I’m almost going to work on it again hahaha

The first one is (as Froggo mentioned) pretty much Greece

I vaguely recall playing something similar to the second map a while ago, it’s on the workshop here.
I don’t know if it’s still compatible with the current version of Unturned, it’s pretty old.

The third one has been done, sort of. Check out some of Danaby2’s maps

Check out some of Danaby2’s maps

i endorse this statement

I never actually played greece, I got unturned back when france was the big curated map. I might have to check it out. The metro map is sort of what I was thinking, but not exactly, I was thinking of the second map as having multiple large underground areas, and some smaller ones, not all interconnected so players have to traverse the deadzone, also going above ground would be a much bigger part of gameplay. The second map was pretty heavily inspired by bunker arena. Could you elaborate on which of danaby2’s maps the third one was similer too? I see a few that are pretty similar in concept but not exactly what I was thinking. My idea was more along the lines of a big city with skyscrapers like seattle or berlin. I’d also want some big buildings to make indoor combat more of a thing, I know the massive mall from california would probably make an appearance.

Athens arena is kinda similar. A very vertical arena map would be cool, it wouldn’t be laggy necessarily if a lot of the map was made into one object rather than a whole bunch.

I didn’t know there was a way to make the game treat multiple objects as one.

I’m not sure what you’re referring to. I think you’ve misinterpreted “one object” to be metaphorical(?), when it is just referring to one (big) object.

You can’t make “multiple objects into one object”. I just mean the buildings and stuff could all be made as the same object in Unity, like how Bunker Arena and Athens Arena did.

I like the second idea the most, i would really like a map where you are put into a really bad spot from the very beginning, where the environment is your main worry and not zombies or ammo or weapons, these should be is substantial quantities.
Can anyone tell me of a map like this that? other than the Metro map?

Ohhh, I get it, just make big assets in unity, looks like multiple buildings, but it’s all the same object.

can some one tell me if their is a mod for cctv cameras. thank you

There used to be one, but that’s removed. Causing too much lag probably.