Why? It ruined my map to put it into simple words and looks terrible. (I have 4 tunnel entries, around 4 bunker entrances and their perfect outlines that would work with the limited amount of LandscapeHoleVolumes now remove more than what is inside of it, thus ruining the looks of entering a bunker in the woods with dense forestry and allowing the players to look into the void/abyss that is under the map). 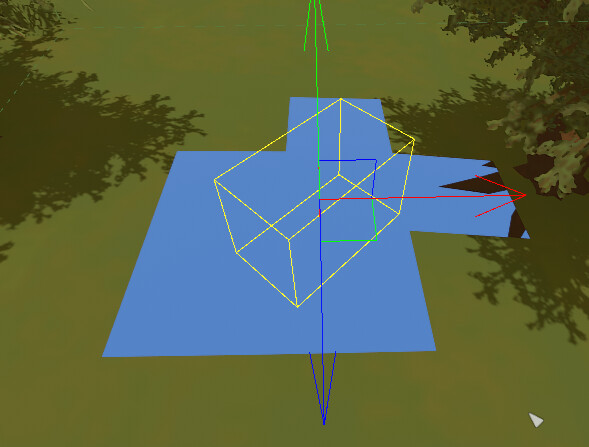 In short: Revert LandscapeHoleVolumes on Devkit like they used to be (pixel perfect cuts of the terrain) and leave the simple cut tool alone, making the Devkit option for precise terrain cutting.

Revert LandscapeHoleVolumes on Devkit like they used to be (pixel perfect cuts of the terrain) and leave the simple cut tool alone, making the Devkit option for precise terrain cutting.

There’s no plans to offer continual support for LandscapeHoleVolumes. They have a lot of bugs and performance issues, and although they’re precise they don’t scale well. They were an incredibly hacky workaround for a feature that did not properly exist at the time – despite being heavily requested by mappers.

(Furthermore, it should also be clarified that the Devkit is being phased out. All features that are still exclusive to the Devkit will eventually be available in the normal map editor.)

The new terrain holes work properly, and don’t have the same performance issues. As such, they even exhibit benefits such as allowing for an unlimited number of holes on the map, instead of the previous hardcap.

The main downside is the loss of precision, as you’ve pointed out. Previously, each pixel of the terrain was tested against the hole colliders which meant they had pixel-perfect precision, but that did not scale well. Now the holes are represented as a texture which has approximately the same resolution as the heightmap.

It’s unfortunate that your map has been affected by the change, but this is a significant improvement on the feature even if older maps need some revisions to accommodate the change. I suggest that you add objects around the hole, to cover up in imprecisions.

Official/curated maps use things such as boulders and rocks, fake grass/snow objects, road/tunnel objects, manholes, and bunker concrete to cover up imprecisions. These can blend seamlessly into the nearby environment—especially if the object was custom-made for the map, or had been made with holes in mind.

Will do, appreciate the response.