After the recent update changing the legacy editor’s resource painting tools with the devkit ones, it is no longer possible to remove resources that were placed with the legacy tools.

It seems some can still be removed, but modded legacy resources that used asset bundles rather than masterbundles, as well as the Russia_Dead_2 and likely some other vanilla resources cannot be.

This issue is causing some serious problems with map making because it prevents the user from clearing out areas that contain resources to place objects and do other map making tasks.

As an example here is me pressing shift to remove this Russia_Dead_2 tree in the editor: 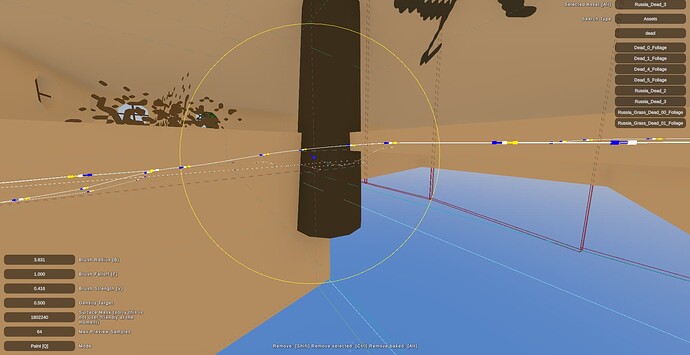 press alt instead, should work

Oh strange, I assumed alt and shift had the same function so I didn’t try it. Thanks a lot!