I dunno, the RPD looks like it should come with a bipod, and I just noticed this, but neither of your guns have sights.

The RPD come with a Grip

Yea, you know what I’ve never seen? People do maps about Unturned BEFORE the infection… See, there you go. tap tap

If you based your Gewitter on a semi-automatic horribly disfigured modernized RPD, then why do you still have an auto firemode? Creative license?

Also, that still doesn’t address why your guns don’t have sights.

you know what I’ve never seen? People do maps about Unturned BEFORE the infection

I will work over the sights later, they will come soon

Stop acting like Unturned has flawless realistic guns. It doesn’t.

No, but it does have sights.

redcomm
did you know that gun shoot bullets

You should be working on the map first instead of the guns. And you should make a new magazine instead just a flipped vanilla one.

I was working on the map, a friend is doing the modding part.

Here we got the first animal "The Snake" 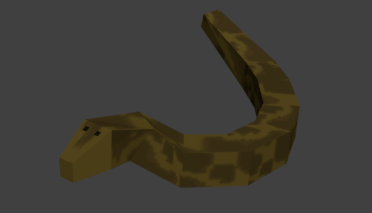 The map is Large (if you didn’t know), any ideas of location i could add, I’m already working on a main city, i also have an old camp, a cargo plane crash, im going to add a tank factory soon, i also have a safe zone placed and an abandoned house… Any idea

Have you ever seen a snake? You made a worm at best.