Literally every unturned map after germany 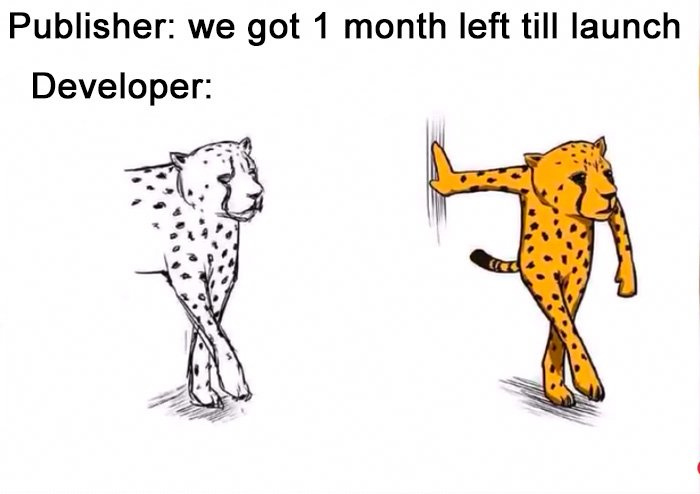 Have you seen Rio’s development? It was supposed to come out roughly 10 months ago, but it’s still in the oven so it comes out right.

It’s coming along fairly well actually, they’re working on polishing it so it shines like a diamond. Part of the reason it’s taking so long is due to some major bugs that appeared.

Oh and keep in mind, Carpat was the only inherently broken map, Ireland had quite a few flaws, like the high poly counts, which was due to the fact that a lot of the Dev’s had just learned to mod for that project, and didn’t really have the experience.

Athens, Bunker & Canyon are the best Arena maps the game has ever seen, France shines like a Diamond, and Belgium is a really solid map.

it’s taking so long is due to some major bugs that appeared.

That, and all other clip related bugs have been fixed in newer versions. You think they’d let the map be released in that state? Whole reason (and the Unity 2017 update) why the map has taken so long.

Is this reply supposed to be ironic?
Carpat is clearly a flawless map.

Is this reply supposed to be ironic?

Yes it was some what Ironic, the part about Carpat clearly was, but everything else stands.

good good, we all know Carpat is clearly the best map ever made

you guys are welcome for those clipping bugs btw

Belgium is a really solid map.

saying this for pure honesty, Belgium, from what ive played before and after release, is a map that when its good - Its great, and when its bad - its disgusting. Id also say its pretty solid but extremely weak in some areas

Where are the bad parts. We got extended to one month.

Dude no need to answer like that, a map can have flaws and still get extended or praise. How much people enjoy something doesnt always show quality - For example, I enjoyed the time I spent on carpat (spebby hmu with that video) but we all know that map wasn’t the best. Some weak areas on Belguim are stuff like the npc base and the caves, since you ask. The map is fine though, dont get all worked up.

What this man here is saying is absolutely true.
I had a absolute blast playing Carpat with my friends, but I’ve never liked Ireland. Even though Ireland is objectively better then Carpat in terms of map quality.
A map can be completely flawed in some areas but still be more enjoyable to play then a map which has everything just right.

Carpat was probably the most fun on a new map since Germany for me. I really enjoyed the way it played and the extra challenges. It is a shame the map didn’t turn out too good because it could have been great

The main difference between a fun map and a not fun map is not just execution though.

Ireland was not a bad map, other than the guns and a few wonky models (cylinders being 32 verts, high poly text, un-needed faces) it was quite well executed. The locations looked beautiful and the overall atmosphere was great. The thing was though, it didnt really bring anything new to the table. It was yet another survival map, sure it had some cool locations (castles, caves, AA line) but the gameplay was the same as russia, france, germany, greece, hawaii, pei, washington, belgium, etc. Me and renaxon started playing on it after release but it just got boring really quickly.

With carpat, instead of starting out by spinning a globe and picking a random country, it was clear that they had started off with a gameplay concept - something no other curated map has done and I don’t know why. From the beggining, they made their map around this initial idea of having a hardcore survival map, something i think they managed to pull off pretty well. With hidden loot spawns, it was also quite exiting to explore instead of just the usual walking into a house and grabbing everything. Obviously the gameplay, just like the map’s execution, was not without its flaws, the small clothing sizes did not make the map harder, just more irritating and the same could be said about some animals.

Truer words were not spoken on this forum Dan. 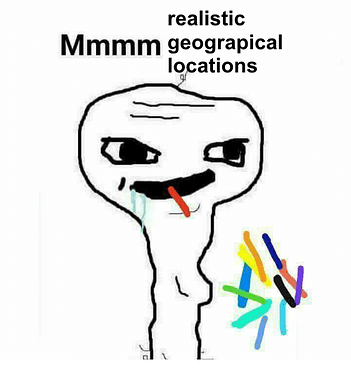