Literally just a poem I made for English

Analyze and explain what complex themes, thoughts, or attitudes that the author portrays in the poem.

"What should we tell our children?"

What should we tell our children?
What will we tell? What will we say?
Will we explain a certain Edward Snowden?
Will we explain our rights in decay?
After the passing of the Patriot Act,
After we roamed the desert for kids to bomb,
What will we tell them, after the fact?
Will we claim that we greeted them with “salaam?"
Or that we didn’t stop them, how would they react?
Would they believe how we believed in Vietnam?
I don’t believe that they would stay intact,
Because after all, we did in fact drop the napalm.
Should we explain a certain Julian Assange?
His noble cause, very far from strange.
Remember the man, remember that Aussie?
Who in o’10, made international media get saucy?
Remember the brave girl, Chelsea Manning?
Their punishment for her truth, alienating.
Doomed to her fate, in solitary confinement,
Doomed like ourselves on our assignment…
What should we tell our children?
I believe we should tell them the truth,
Without the nonsense nor the sweet tooth.
Because I’d hate to be born again so ignorant.
I say that we uncover all that should be,
Rather you than me.

It isn’t so complex since you’ve put the names direct and upfront to the reader.

Immediately you could tell it is about the notable rebels against the US government and its acts.

it is about the notable rebels against the US government and its acts.

this was not the point.

edit: how are you in college with no reading analysis skills smh

I’m continuously re-reading it. I am simply telling you that the theme is simply that.

Based on my read it is about how they are in obscurity and not being taught to the youth and/or the next generation, or will never be.

me_irl whenever I read a page of a book

Remember the man, remember that Aussie?
Who in o’10, made international media get saucy?

was that the kid who had the huge party

Final thoughts before I go off to do some work but;

The piece feels as if the strength of rebellion against a tyrannical body is waning, and that you think that it is as a result that the former does not do enough to preserve or empower the cause.

The key members who took a jab against tyranny were punished, their motives known, yet not enough was done to avenge them perhaps?

And the piece ends bluntly for the reader.

The people who knows these names or bother to search them would get the idea of the poem. However for a person who does not, the context is fuzzy except for bombing in the desert and napalms sticking to kids.

If there is one word that this poems asks, it would be truth.

But that’s just my analysis. This was fun to read, I’ll have to be honest.

This is very deep

One is a football club, the other is a Qassam rocket.

You can blame that all on one man. @RainOfPain125 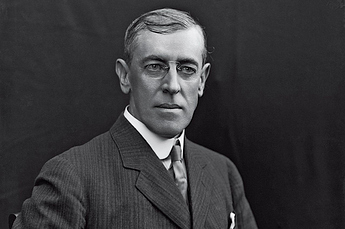 image1280×853 188 KB
As much as I want to minimize politics on this forum I am willing to speak to the reasons why Woodrow Wilson is a horrible president, the following is what Wilson did that was awful.

What are the good things Wilson did? Well, I’ll tell you and there’s not many.

As you can see, what Wilson did was more shit than good, by a massive margin. Warden G. Harding was a major improvement over Wilson despite of all the corruption.

This is a real bruh moment

“What should we tell our children?”

hey guys i wrote a poem as well

thank you for listening

This poem be like:
This is a poem,
The theme is about the color red,
Red red red.

People would think that the theme is about the color red, but rain is like: its about green lol xdxdxx get destroyed liberal

Which is also me in english class

anyone from any side of the political spectrum can have democratic values or elements, even fascist regimes. I think you meant Social Democrats, or just Democrats, as in the Democrat Party.