Map Barrier are a little bit broke with the car

Map Barrier are a little bit broke with the car

If you try to go at full speed into a mountain and the barrier is near the mountain you get stucked like this! 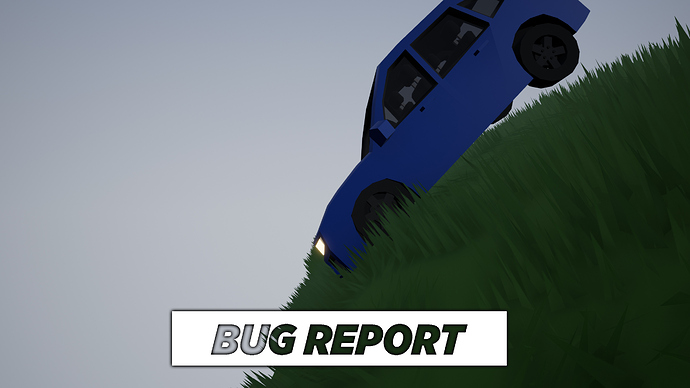 I doubt anything is going to be done to fix this as in 3.0 the terrain just didnt go like that near the border and there was no issues. A fix for this would probably allow border glitching.

No dude i don’t want the fix of the barrier, but for the car, that will be able to not get stucked

Wouldn’t a car that cant get stuck cause so many glitches? Also something like the carjack will probably be added. (Added demo feedback tag)

Wouldn’t a car that cant get stuck cause so many glitches?

I just want to report the fact that the car is no longer able to move, and if in the maps that will be created there will be this kind of problem with the barriers, the players will no longer be able to use the car they found.

thats not a bug. thats you just getting stuck on the invisible wall, because you cant reverse. If anything it is proving that the physics engine is working.

What I was trying to say

I’d say that you should still be able to reverse. The car is front-wheel drive if I’m right. I’m interested in what keeps it from falling back though.

the invisible wall wall is holding it up due to the angle the car ramped the hill. Thats why i said the physics engine was working

I want like a clearer representation of that border. It just screws with me how it looks like it’d fall to the ground but it doesn’t.

What about fog or striped lines? That might help make it a bit clearer.

bruh the game is beta