*Map editor update teaser* i have no words

For example, the original post in this topic includes images of features we’re bringing over in the next update.

We really do need that to be fair, multi-user map editor would be really useful.

One less seamless change on the preview branch now is the mostly-done-but-still-wip cut tool [R] in the Terrain > Materials menu. The game automatically paints cuts for hole volumes, but the edge is different because the hole mask has (effectively) the same resolution as the heightmap. There might be small out-of-map gaps on some existing maps, but the underground allow volume should help mitigate exploits. On the bright side there is no limit on holes anymore! I am going to update Germany, Hawaii, and Greece to remove hole volumes. (will keep the hole on PEI as a backwards compatibility case)

Would there be any performance hit to having a lot of these new holes?

Considering it’s an inbuilt Unity feature I’d assume it’s decently optimised, then again Unity hasn’t always been the best about optimisation. I couldn’t find any well documented performance benchmarks between this and other methods. What little I did find suggests that the holes actually make scenes run faster as it’s less tris for the engine to render and a simpler collider for collisions.

We have a scene with alot of terrain hidden by large structures. I tried to paint holes over these structures so there was no visible terrain under. This shaved off about 0.5 ms avarage render time.

It’s harder to bench. I tried raycasting 1000 rays towards the terrain, couldn’t see a difference between the two. The hole version was still around 0.5 ms faster

kvc.6’s comment about performance sounds correct to me. Rendering-wise the old hole performance scaled with the number of holes because each terrain pixel checked against every hole box, whereas the new holes have a constant lower cost because the holes are a mask/texture. Both ways used clipmapping for rendering (no “actual” hole in the visual mesh). I think part of the reason for Unity rewriting terrain colliders to use meshes internally rather than heightfields was that the physics mesh does have holes, but as kvc.6 mentioned holes result in less triangles, and the cost should only be during loading the level.

(will keep the hole on PEI as a backwards compatibility case)

The Holman Isle bunker uses a small hole volume at the entrance. 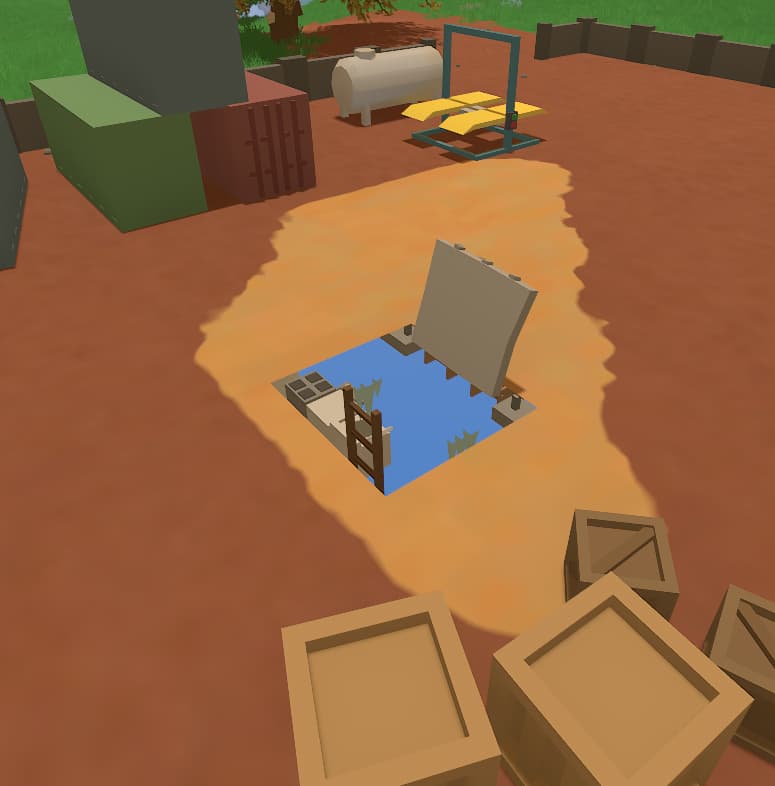 Adding to what Molt said: before hole volumes were added PEI’s bunker did use a pit covered by concrete like the bunkers on Russia, but I think it was converted as a test prior to Germany’s release.

As Nelson said, maps added to the game before hole volumes were introduced (December 2016) used low terrain level. The same applies to things like tunnels through mountains/hills, which have a fake grass (or fake snow) object on top of the tunnel.

The Russia map has no holes at all. The underground metro, and the bunkers, are just placed over really low terrain.

Holes were added for Hawaii and Germany. PEI was updated with a small hole at some point (replacing what was originally just low terrain level), but the other maps have not been updated.

Holes were added for Hawaii and Germany. PEI was updated with a small hole at some point (replacing what was originally just low terrain level), but the other maps have not been updated.

I see that must be why I never knew holes were in unturned, thanks a lot!

A lot of bugs happened 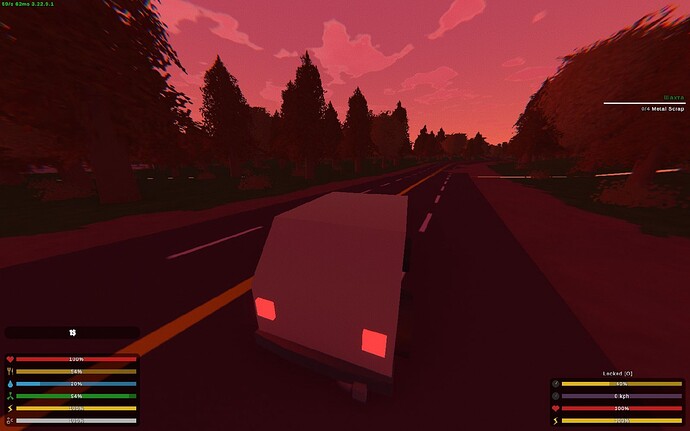 I don’t know if this post is still relevant to discuss these update imperfections, that’s why I’ll upload other bugs in different post - https://forum.smartlydressedgames.com/t/map-editor-update-bugs-troubleshooting

Thank you for all the pre-update hype, and all the feedback following it! In hindsight, it was an obvious oversight to not have prepared any new guides/videos for these tools despite having done so in the past for both of the map editors.

Today, we’ve posted a blogpost that covers many of the frequently asked questions regarding the merged terrain tools. Please continue to send us helpful feedback – we appreciate it.

after using the editor a bit more recently i have a few more feedbacks :
When alt clicking to sample a height/material, the little dropper icon dosent appear

In the devkit, u can use numbers (1,2,3) to switch between the heightmap, splatmap, tiles, etc. It’d be nice to have this ported into legacy (phaps for all the other tabs too)

Right now the foliage/resource tab looks a bit icky in terms of names, perhaps resources should take the name from the english file from the specified resource GUID?

Make the editor remember tool settings. e.g. i use the Paint [Q] tool under Foliage, i exit and re-enter the editor, and it’s back to Bake [E]

Idk if I’m being silly but to my knowledge it’s now not possible to place resources on objects? phaps someone knows some black magic that can be done to fix this idk

Idk if I’m being silly but to my knowledge it’s now not possible to place resources on objects? phaps someone knows some black magic that can be done to fix this idk

The Paint brush doesn’t currently allow for this, but the Exact tool can let you place resources on objects.

the Exact tool can not let you place resources on objects