Melee Turned with weapons (swords and such) And Bosses

So I saw in the Unturned Trello (https://trello.com/b/37BhcbHf/unturned-ii-suggestions) there where topics about armor and medical with discussions from this form linked below. Under the melee there where no links from this form. I thought I would make one but looked back in the histroy and saw this UNIT of a post.

DISCLAIMER NOTE: Nothing here is official, this is just one of my ideas that could help develop UII. Also, this post is long as ever, so please bear with it & have a cup of tea with you. This topic will primarily focus on UII melee weapons. The idea here is that it would be an improvement over U3’s melee mechanics & it would also be more skill-based than what we currently have so that there may be thought of how it could be better. Reminder: I recommend reading from top to bottom, skipping par…


I thought I would leave melee alone because of how much it was discussed and how well it was discussed. Also Molt had his Big 3 part post on the turned,armor, melee and excursions dealing with different types of turned and not just having zombie’s but more like a hive mind bacteria infection with different zombie types and monsters. (His first post down below)

Warning! Due to its length and comprehensiveness, this is a multi-topic discussion. Read the “Prologue” before entering the thick of the post, and take breaks between each of the three posts. I suggest listening to music while reading, in order to keep stimulated. I highly recommend reading all of the parts to The Turned, in order, from top-to-bottom. You are currently on part 1 of 3. Mega-post Prologue PART 1 OF 3 of this multi-topic post covers examples of enemies we could expect in Un…

With both topics in mind combining the melee mechanics of the first post and the zombie idea from the second post I thought it would be cool to see melee zombie types with weapons. Maybe have a zombie type that has grown bio armor and has some sort of sharp appendage acting as a blade. Or zombies that have shovels or saws grown into them like at farms and construction sites. Maybe bullets wouldn’t fair well against there armor and they would need to be dealt with up close and personal, like the zombies in 3.0 that are ghostly and hard to see(not the flankers). Zombies that wouldn’t just bite and swing but parry and shove like discussed in the first post. Would be cool to swash-buckle advanced AI. Would also be cool to see melee still be a mechanic in the end game against AI instead of just blasting them with guns.

The crew from pirates of the Caribbean come to mind.

image998×424 152 KB
(Edit for some reason I always remembered that sword being attached to his arm, but you get the idea) 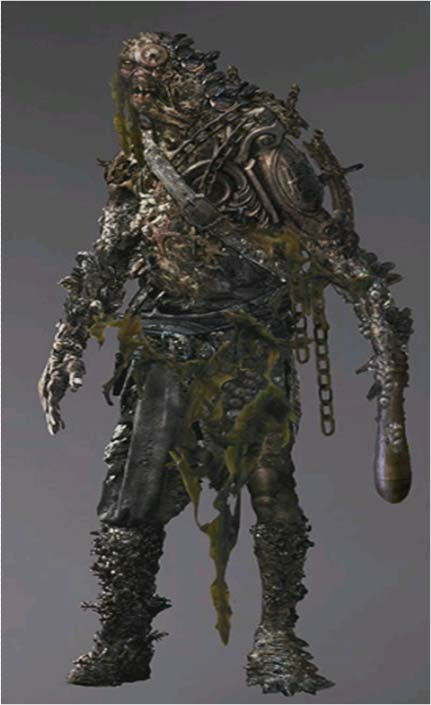 image431×705 59.4 KB
(Just imagine them zombified and not all fishy, but maybe some zombies by the docks would emerge from the water like this)

I reall really like the addition of bosses to Unturned in towns from quests. One of my most memorable Unturned adventure was doing the Hawaii Easter egg with the bois on a vanilla server, and exploring the caves and jumping the lava pits to the center of the volcano and defeating the lava boss. 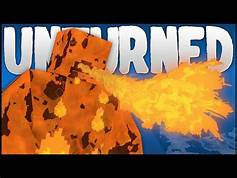 Also the Pirate alien fire breathing lightning shocking ground pounding zombie boss on the Russia Easter egg was really good as well. I felt like I was in a sci-fi fantasy quest to defeat the dragon while also saving the galaxy. That was so Unturned for me and what I think Unturned needs more of to stand out. Be a survival game at heart with cook stoves and hawkhounds but also the sci-fi fantasy touch. 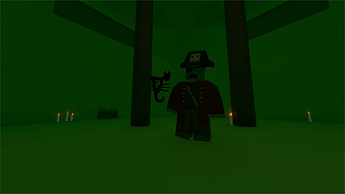 Bosses don’t have to be zombie behemoths but also maybe monster beasts like the Glaciopaths discussed in molt’s Turned post. Idk If anyone has ever played Deep Rock Galactic but its Dwarves in space mining and fighting cave horrors. They have big behemoths that act as bosses and have weak spots and mechanics to dodge and avoid like Unturned’s Zombie bosses.

I also imagine the older turned to look more like parts of there rotting environment especially ones deep in excursion nests. From Nelson’s own words he describes the turned as “My current imagination of the Turned are very dark, organic mutations and growths on the apocalyptic buildings, e.g. growths that spawn monsters or creatures attached to the ceiling.”

Idk what do you guys think.

(More overgrown melee warriors that could inspire turned I found) 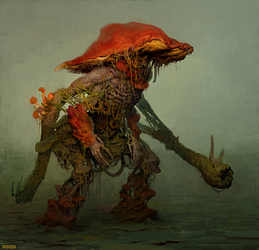 I find really interesting to see the most bizarre and mutant turneds, I think they can add the darker aspect that Nelson said he wanted to turneds in Unturned II.
For example, I imagine a great big skewers turned with the hands, which would be used to pierce armor, thus making the tanks I vehicles as Overpowereds.