As staff have mentioned for the past few weeks, we’ve been working on improving the documentation for the site (alongside experimenting with various ways to curb down on issues such spam and toxicity).

Part of our plan was to roll out policies that help explain what the site is/isn’t for. Although we haven’t finished internal discussion regarding these policies, they are largely meant to showcase what staff have already always cracked down on (rather than to introduce new policies). We’ve largely upheld Reaver’s personal policies, and the Steam policies, but it’s important to make sure this can be shown on the SDG Forum properly.

We’ve chosen to expedite these internal projects, and with this site update we’re rolling out some of the things we’ve been discussing for a while now.

Category moderators (c-mods) are a new part of the SDG Forum family. They are not necessarily proper moderators, and don’t have access to the larger admin dashboard or tools.

Instead, they have been given select tools for select categories, that will let them use the report/post queue system to moderate posts. All c-mods are granted TL3 (“Regular”) by default.

The “proper” staff team will continue to handle the bulk of issues on the site, alongside maintaining the backend. This is largely an experiment by us to see how well the system would integrate into the site.

All c-mods are currently a part of the @c-mods group. We’ve considered a variety of users for this opportunity, but have opted to only have a couple while we all get used to the changes. Welcome @Armaros and @GreatHeroJ as our first c-mods!

The latest policy rollout documents Forum Etiquette. It covers basic netiquette behavior, and defines some of the terms relevant to common issues on forums.

It should be noted that for the sake of “necroposting”, we often look at this behavior as spam. We don’t necessarily punish users for necroposting, but when reports are made regarding the behavior we look at it from the perspective of whether or not it’s a spam post (low-quality, one-liners, irrelevant to the topic, etc.).

Other policy/guidebook stuff being is still being worked on – we just wanted to push out what has already been largely finished and formatted for you guys. Some of the stuff we plan to do is to document features of the site (e.g., TL3 tools), and to publicize policies that target issues more directly (e.g., spam).

Hype hype. I’m honored to receive this new responsibility and interested in seeing where it’s headed!

So when do we get those large glowing cyan hammers?

C-mods get the offbrand hammer

Which is a smol blue plastic hamer

Thanks @MoltonMontro and @Yarrrr for Selecting J and Myself to take care of the Forums! I’ve moderated quite a few communities throughout my time in Unturned, and I hope to keep the forums the fun place we all enjoy, while also keeping it the quality we enjoy too. As J said, new possibilities and responsibilities await, and it’s going to be a fun adventure for us all to see how this goes!

Grats to @GreatHeroJ and @Armaros! Gl with your new moderation roles.

Will be fixed soon.

EDIT: All affected posts have been manually fixed.

I’ve informed Discourse of the issue, but I’m currently resolving the posts impacted by the bug manually. You’ll be able to post as normal soon-ish (many posts/categories weren’t impacted either). Will knock it all out before I sleep, ideally.

EDIT: All affected posts have been manually fixed.

I welcome all new c-mods of SDG forums.

sees this thread and the nettiquette thread

sees how we got new mods

oh fuck we really did it now, It was nice knowing you all

on a more serious note congrats you guys

I welcome all new c-mods of SDG forums.

They’ll be a great addition, considering you only have one eye.

and then the spammers came

Limit it to one vote

But then again,
I guess giving people that much power can be abusive 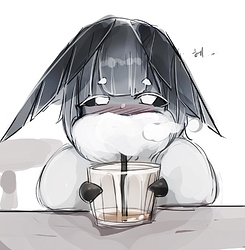 I ain’t even mad, great choice

yeah a lot of toxic boiz are here