If you really want realism, I recommend making the output/barrel of where bullets spawn more accurate, Simply because I realized that lasers do not actually point where it’s supposed to point. Unless light bending is in 4.0 (sarcasm /s), If you read the past devlogs, Nelson showcased some laser lights and they "point where the gun is facing", not being aggressive or anything. I’m just saying it looks bad, If you don’t know what I mean, here’s a picture. 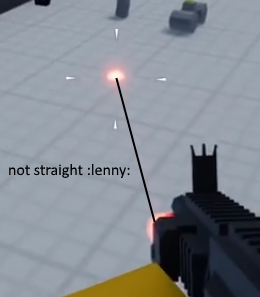 Doesn’t look straight doesn’t it? I actually want the bullets to spawn where the gun is facing, then do the spread from there on out, I had to mention spread because there might be a riot on my front door the next minute, Even if I didn’t mention it, I would not forget spread, keep that in mind.

so…like 2.0’s laser? he’d have to make the rounds follow the barrel and not the center of the screen for this to make sense

the bullets are comming out your head like in cs go

That’s only in 3. I’m pretty sure the bullets are actually going to come out of the gun.

For gameplay reasons, I’d say it makes more sense to follow the reticle / center of the screen, which isn’t that unrealistic anyways if we consider that in real life you zero your laser sights. 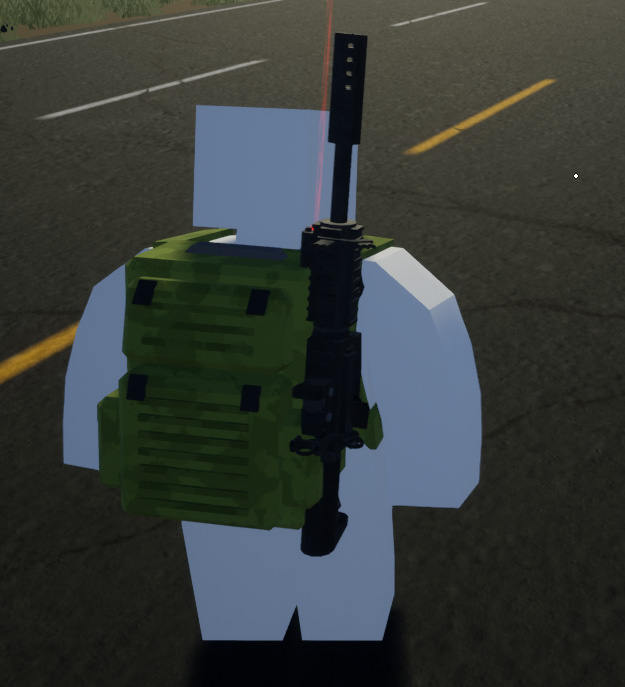 Hopefully not just when it’s holstered.