I think that building should be more detailed because they are very less detailed than trees and the cars. 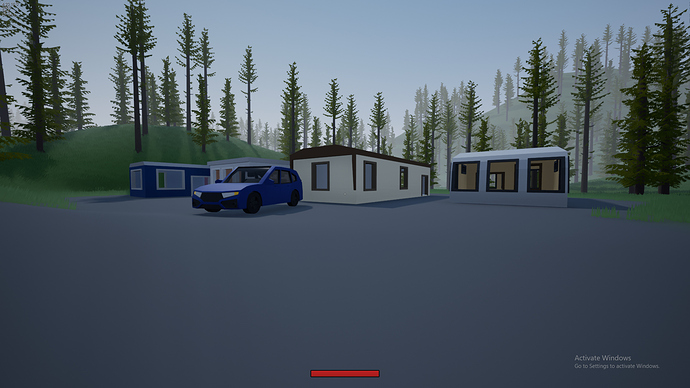 Some of the current buildings are just ports from Unturned 3.0, which means that they are only placeholders.
As far as I know, Nelson intends that the buildings look more or less like this, which, in my opinion, is completely fine (amazing, actually) compared to 3.0.
If making them look any fancier than that would put the game’s optimization at risk, then I would pass.

The buildings you see are placeholders, essentially ports from the first game.

If you have followed the devlogs you can see that the dev intends to create more detailed buildings and making the environment/objects bigger in general.

A bit redundant for me to say this, but, @TriggermanGuy_27 and @Yarrrr are correct. They’re placeholders!

The actual Unturned II props and maps won’t come until later, most notably after plans for prop destruction are finalized. Until then, other cool features are going to be worked on with this larger test map.